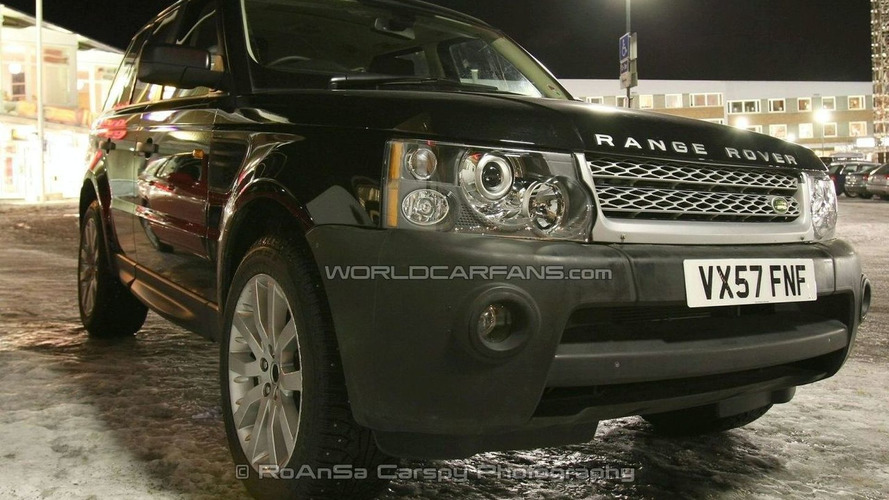 2007 was an exciting year for the Range Rover Sport, it received a mild makeover and more importantly adopted the 3.6L twin turbo diesel V8 from its big brother Range Rover. So what are we to make of these inquisitive spy shots taken in the Arctic Circle? The grill appears to have been mildly modified with two horizontal strips as opposed to three of the current car. The other subtle difference, and you have to look even closer for this one, is that the wing vents are not the same as the usual RR Sport.

We know that Landrover and Jaguar are preparing a new 5.0L Gasoline V8 for their premium products and it just may be that this vehicle is running that very engine. The new V8 is said to be state of the art equipped with direct injection and a supercharger for the top end models.

The other option could bring us back to Diesel again. The TDV6 2.7 L Diesel twin turbo V6 is also said to be in for a refreshing. It is believed that this engine will be increased to 3.0 litres, boosting power and torque of the current powerplant.

It would seem both scenarios are plausible as we can’t imagine Landrover would waste their time with a cosmetic refresh when there is plenty work to be done improving the fuel consumption of these big SUV’s.