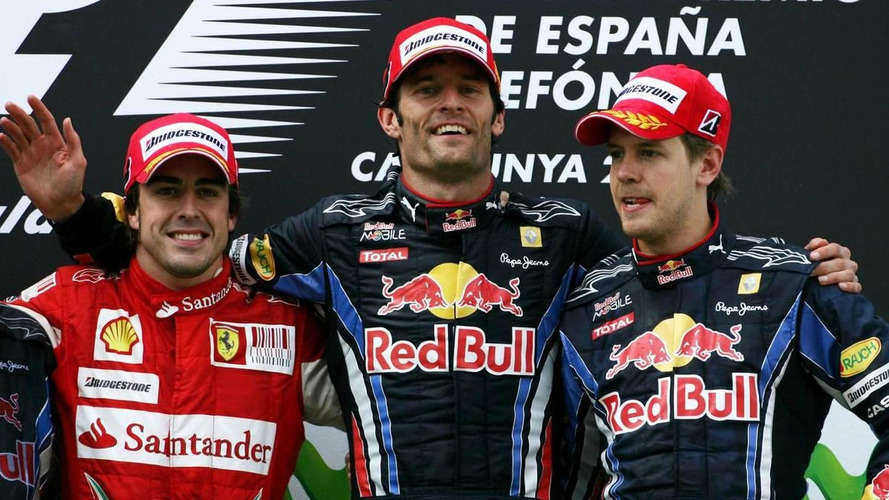 The McLaren driver was running second behind dominant winner Mark Webber when a tyre failure pitched him into the barrier on the penultimate lap.

It means he is now just seventh in the drivers' championship, 21 points behind his teammate and title leader Jenson Button, who had a bad race in Spain stuck behind Michael Schumacher.

If Hamilton's tyre had held on for another two laps, the Briton would now be just three points off the lead.

"It could have been (caused by) debris caught in the rim," McLaren team boss Martin Whitmarsh speculated.

Webber aside, the big winner on Sunday was the local hero Fernando Alonso, who not only benefitted from Hamilton's failure but also Sebastian Vettel's brake problem.

Alonso is just 3 points behind championship leader Button, with Vettel and Webber driving a dominant car but just third and fourth respectively in the standings.

"Overall the weekend has been so-so for us but in terms of results it's fantastic," said Ferrari's Alonso.