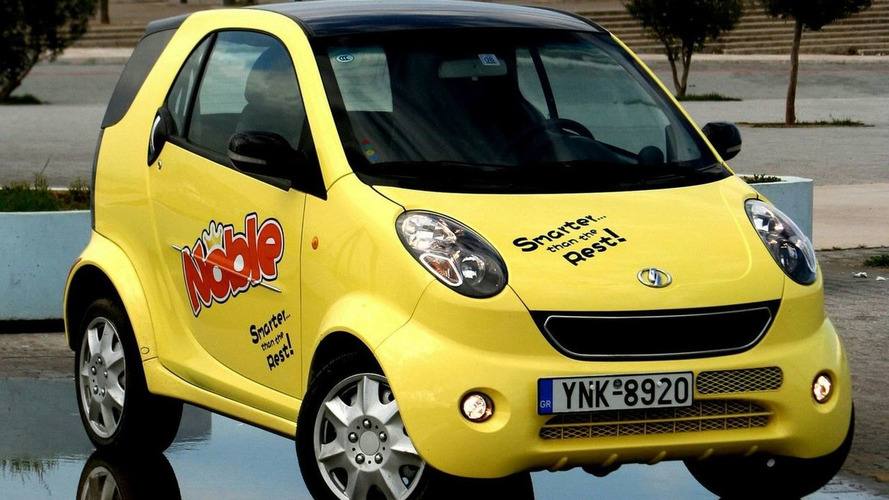 The Shuanghuan Noble, an obvious clone of the Smart Fortwo, goes by the motto "Smarter than the rest"

Chinese car manufacturers are rather unconcerned that a number of their vehicles appear to be blatant copies of production models from other manufacturers. The Shuanghuan Noble, which recently went on sale in several European countries, is an obvious clone of the Smart Fortwo. If the vehicle wasn’t enough of a slap in the face to Smart’s parent company, Daimler, the car’s new slogan “Smarter than the rest” surely isn’t winning any fans in Germany.

Just last month Shuanghuan was given approval to import their  BMW X5 clone called the CEO to Europe. BMW was fighting vigorously to stop that from happening, and may still be fighting to have the CEO’s approval revoked. Smart recently prevented Shuanghuan from showing their version of the Fortwo at the Bologna Motor Show in Italy back when it was called the Bubble.

Pricing for a Greek Shuanghuan Noble ranges between €8,880 and €11,880 compared to the Smart Fortwo coupe which starts at €9,850. It remains to be seen how many people will be tempted to go for the Noble in order to save less then a €1,000.