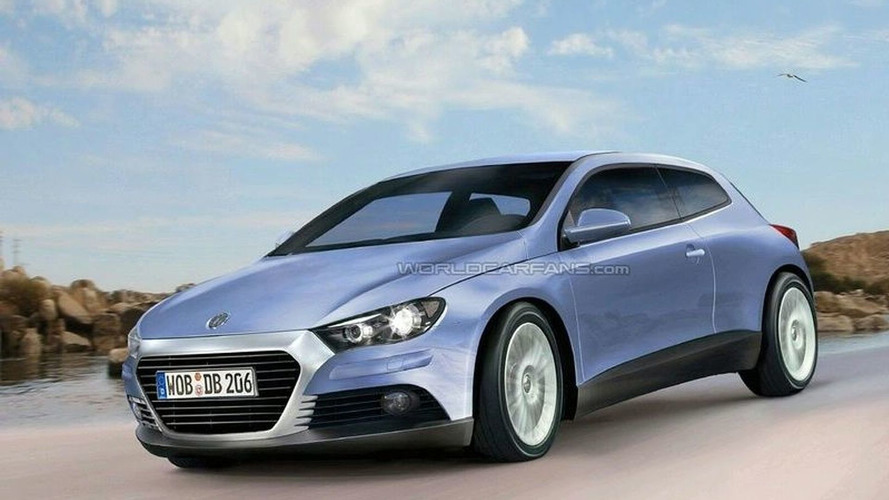 Volkswagen plans to reveal Scirocco at the upcoming Geneva Motor Show. The car features two engines, both small, both turbo-powered, as well as sporty equipment.

Volkswagen’s Scirocco will only come with force-fed measures. VW is working around the clock to prepare the car for its first public appearance at the upcoming Geneva International Motor Show. From there it will do the rounds including to shows like Paris in September and Auto Africa in Johannesburg this October. The two turbo engines to play hero in the lightweight sports car are the 1.4-litre TSI of 122 bhp/ 91kW and a TDI choice. Small turbo engines are currently the most sensible to use as they are light, yet powerful and somewhat economical compared to the bigger powerblocks.

Seven-speed DSG transmission is the logical cog to pick, because it allows for super quick changes in both automatic and semi-automatic. During heavy traffic instances it’s smooth, yet still responsive when situations change.

Expect some body-hugging sport seats, not dissimilar to the ones offered in the RS 4, RS 6 and S3, but more compact. A panoramic roof is an option for those akin to checking out the skies while they drive at 200km/h. ESP will be standard so there’s very little to fear at that level.