Schu could have been 'extra light' on Friday - Coulthard 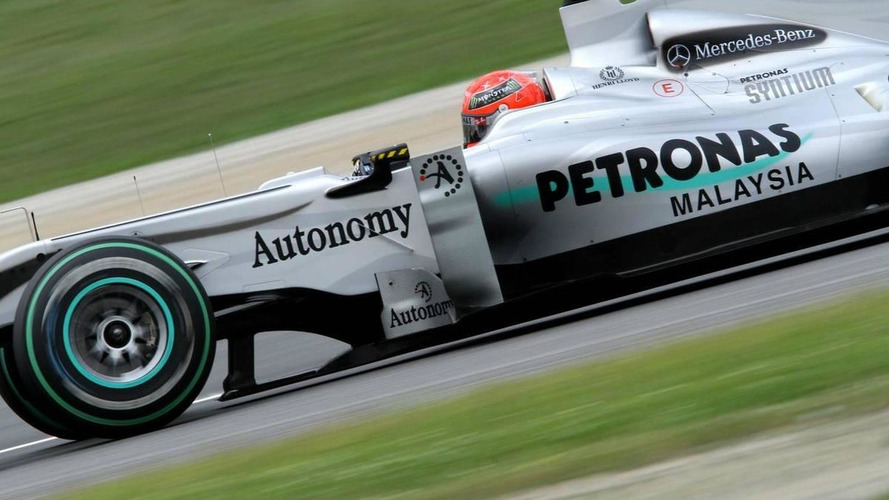 David Coulthard has an alternative theory after Michael Schumacher seemed to have taken a major step forward in Friday practice.

David Coulthard has an alternative theory after Michael Schumacher seemed to have taken a major step forward in Friday practice.

In the wake of his lacklustre showing in Shanghai three weeks ago, the seven time world champion faced a barrage of criticism, while at the same time Mercedes worked on significantly updating the W01 car.

Schumacher was then comfortably faster than teammate Nico Rosberg in both 90-minute sessions at the Circuit de Catalunya, outpaced only by the dominant Red Bulls.

"There are two possible reasons," retired Scottish veteran Coulthard, now a commentator for British TV and a driver in the DTM series, said in a column for the Daily Telegraph.

"Either he is finding the new setup more to his liking or the team were running him extra light to take some pressure off and make him look faster than he is," he added.

"I guess we will find out in qualifying today, but as I've consistently said, my gut feeling is that Michael can come good," said Coulthard.

When asked in Spain if Schumacher and Rosberg - who insisted he had simply got his car setup wrong - could be fairly compared after Friday, Ross Brawn admitted the pair had run "different programmes" in practice.

Gallery: Schu could have been 'extra light' on Friday - Coulthard