BMW 8 Series Might Receive M Performance Treatment After All

BMW wants to fill the gap between the 840i and the M8.

We are less than a year away from the debut of the BMW 8 Series – the model that will become the flagship sport-luxury vehicle of the brand. We don’t know exact details regarding its engine lineup, but we know its platform can accommodate anything from a 2.0-liter turbo inline-four the mighty 6.6-liter V12.

Until now, it was believed the 8 Series family won’t benefit from an M Performance treatment, but a new report claims the Bavarian company’s management has changed its mind and will fill the gap between the 840i and the M8 with a hot M850i model. According to our friends at BMW Blog, the decision would help BMW be consistent throughout its entire range and have the perfect powertrain and equipment combination for every customer. 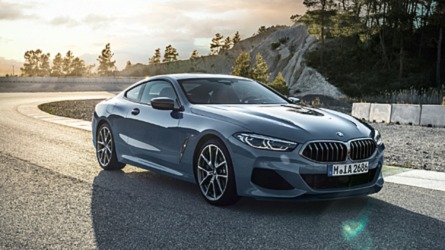 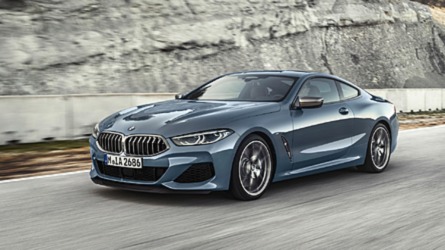 Behind the M850i moniker will be hiding a 4.4-liter turbo V8, sending more than 500 horsepower (373 kilowatts) to all four wheels through an automatic gearbox and BMW’s xDrive system. The 8 Series is expected to receive classic grand tourer chassis and steering settings, but the M Performance versions could be tuned closer to a sports car.

However, nothing is official yet, so take the information above with a grain of salt. BMW Blog says it is only a rumor for now and we will have to wait for a confirmation from more sources.

The only model to sit above the M850i is going to be the full-blown M8, which will use the same 4.4 V8 engine tuned to deliver upwards of 600 hp (447 kW). Of course, it will also gain all the typical performance components for an M model, like sports suspension, steering, and brakes.

Meanwhile, BMW continues work on the 8 Series and we won’t be too surprised if the vehicle is ready for a debut during the Geneva show in March 2018. Sales are planned to start before the next year’s end, but there’s no word on pricing or availability yet.