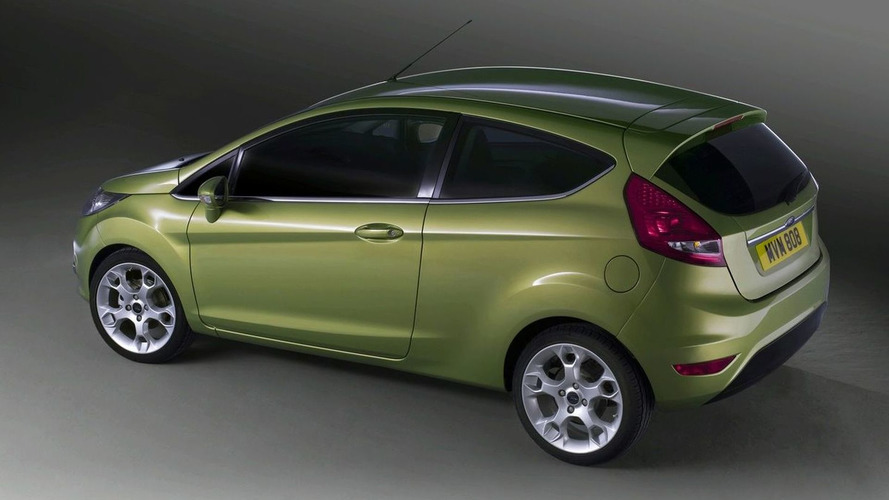 Small-car fans the world around take note:  Ford's redesigned Fiesta, set to debut in Geneva, will once again be available worldwide.  The first product of Ford's new "global product development process," the new Fiesta will go on sale in Europe later this year.  It will be introduced in North America and Asia by 2010, though no specific date has been set. The Fiesta hasn't been sold in the United States since 1980, making it a full thirty-year hiatus.

The new Fiesta features the curvy, emotional design language that was previewed on the Verve concept.  The interior aims to set a new benchmark for small cars as well, with dramatic forms and high-grade materials that belie the Fiesta's low bottom line.  Ford hasn't released details on the Fiesta's four-cylinder powerplant or its performance, but isn't shy about touting the Fiesta's fun-to-drive reputation.  Ford also promises "big-car features" and a cabin tuned for quietness as well as comfort.

Three- and five-door Fiestas will be offered when the car goes on sale this fall.  European Fiestas will be built at Ford's Cologne factory and at a new facility in Valencia.  Asian and North American production announcements will come later.