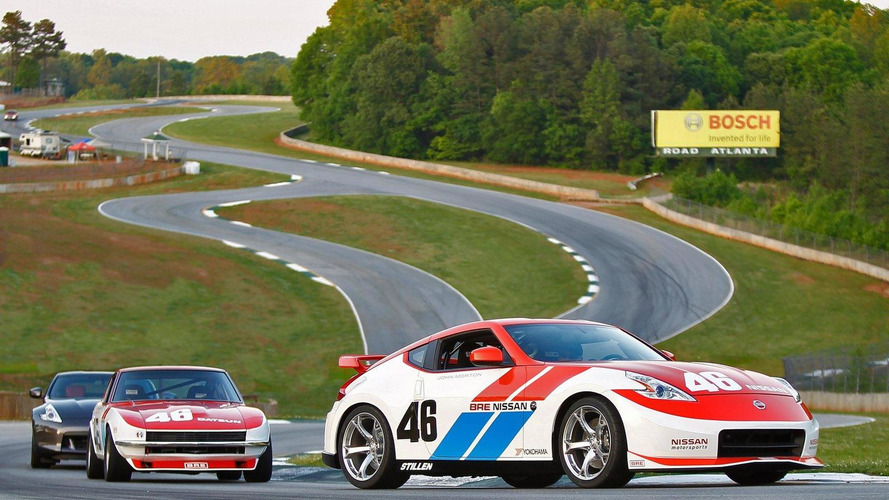 Check out these updated pics of a new car to celebrate the 40th anniversary win of the BRE Datsun 240Z at Classic Motorsports Mitty. The story inside.

The fortieth anniversary of the BRE Datsun 240Z and Brock Racing's championship win at Classic Motorsports Mitty was celebrated at Road Atlanta this past weekend.  A replica of the car, alongside driver John Morton and Brock Racing founder Peter Brock, took place in a racing reunion that concluded with several celebratory laps around the track.

Sadly, the original BRE livery car in red, white, and blue was destroyed a number of years ago.  However, along with a replica of the BRE Datsun, a special one-off 2010 Nissan NISMO 370Z Coupe was also on hand for the event.

"To be able to gather with many of my old BRE crew members at Road Atlanta was truly a special occasion," Brock said in a press release. "It was fantastic to see so many BRE tribute cars and to have so many fans join us for the celebration was very gratifying."

The special BRE 370Z conforms to SCCA T2 requirements, and will be raced later this year.  The group will bring the car to ZCon 2010 at the end of July in Nashville, as well as several other North America events.