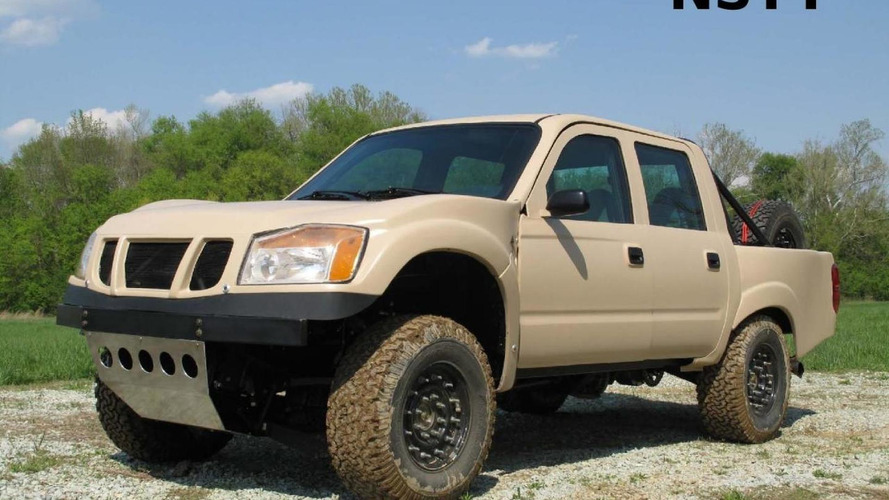 Essentially an armored pickup, the NSTT is described as an "ideal, lightweight alternative to heavy legacy vehicles." It features four-wheel drive, scalable armor packages, and a powerful 6.0-liter turbo-diesel engine (which can also run on JP8 and other military fuels).

Specially-built to give "soldiers greater mobility in urban, desert, woodland, jungle, mountainous, and arctic terrain," the NSTT can be transported inside the MH-47 helicopter (a Special Forces version of the CH-47 Chinook).

While Indigen is keeping specifications a closely guarded secret, two company executives tested the NSTT in a trial by fire - literally. Thankfully, none of the rounds, shot by an AK-47, managed to enter the cabin.