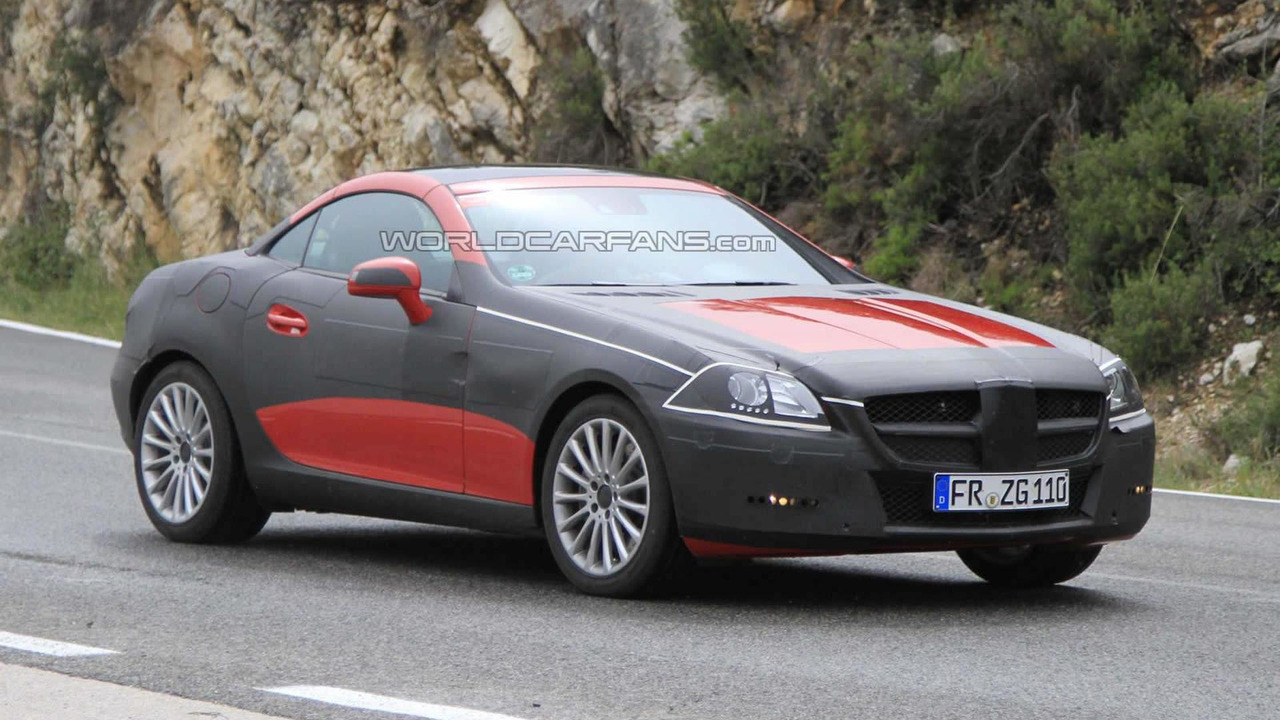 Check out these ten revealing photos of the 2012 Mercedes-Benz SLK, spotted in the mountains with reduced camouflage.

New spy pics of the 2012 Mercedes-Benz SLK show a car with much less camouflage than previous prototypes.

Seen driving through the mountains in Europe, the car now sports a flatter front end than that of the current generation.  The boxier front means a longer hood that will include new headlights plus a front grille that resembles the SLS AMG Gullwing.  Side mirrors have been moved lower on the door panels from above the belt line.  Side sills on this model appear to be larger, as does the rounded luggage lid.  Taillights have also undergone a full redesign.

The test vehicle looked to be sporting Mars Red, one of three base colors currently on offer.  The company also sells the car in six optional metallic colors.

The third-generation Mercedes-Benz SLK AMG is rumored to get a twin-turbo 3.5-liter V6 engine that produces 476 horsepower (350 kW).  This seems a bit far-fetched at 116 hp more than the current SLK AMG.  Other rumors suggest that the car will also be available for the first time with a turbo diesel.