Mercedes 'could be in front' in Spain - Horner 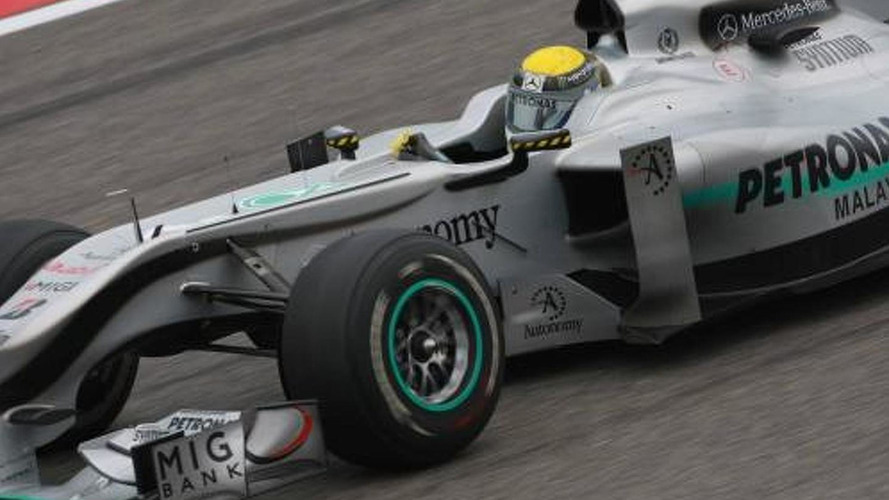 Christian Horner does not agree that immediately aiming for race wins is an unrealistic target for Mercedes.

Christian Horner does not agree that immediately aiming for race wins is an unrealistic target for Mercedes.

The grey W01 car is set to feature major revisions in Spain this weekend, but the team's pacesetter Nico Rosberg has denied that it means victory is now within Mercedes' grasp.

But also amid some reports that are writing off Michael Schumacher's chances of making a big step in Barcelona, Red Bull's Horner said: "They (Schumacher and Mercedes) have already shown what they can do."

The Briton is referring to Schumacher's record tally of 91 wins and seven titles, and the fact that as Brawn GP, the Brackley based team won both the drivers' and the constructors' championships last year.

Red Bull's RB6 until now has been the fastest on the 2010 grid, but Horner said "writing off teams and drivers that have won world championships" is a "mistake you must never make".

"Things can change very quickly," he said in the latest edition of the German sports magazine Kicker.

"That's why Mercedes could suddenly be in front in Barcelona," added Horner.

Gallery: Mercedes 'could be in front' in Spain - Horner