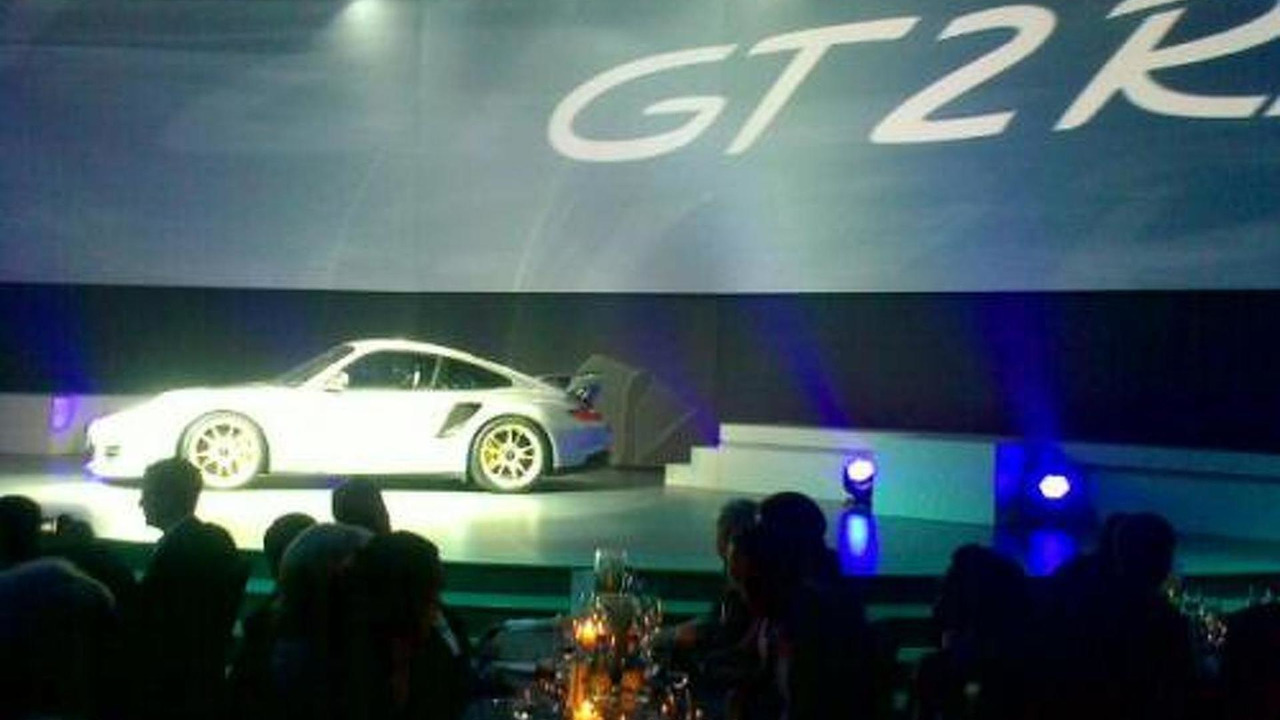 Here is a shot of the upcoming Porsche 911 GT2 RS taken at a dealer event and leaked to the press along with a few details. Kudos go to Autoblog and Teamspeed for this scoop.

The 911 GT2 RS will be a true racer built for making remarkable track times. It will likely feature a roll cage and an active suspension and perhaps some adjustable aerodynamics too.

Full details on the 911 GT2 RS will be made available when Porsche officially introduces the car on May 14.