SEAT Flagship SUV Rendered, Should Debut Before The Year's End

It's the Skoda Kodiaq and VW Tiguan Allspace Spanish brother.

SEAT will further expand its SUV lineup with a large flagship model, which will be produced in Germany and will be offered with a wide range of diesel and gasoline turbo engines. Based on the flexible MQB platform of Volkswagen Group, the vehicle will share many of its components with the Skoda Kodiaq and VW Tiguan Allspace.

Work on the new SUV continues and the Spanish designers and engineers should be putting the final touches at the moment. We haven’t seen prototypes testing, but our exclusive rendering attached at the above gives a plausible idea of what it might look like.

If you see some familiar lines, your eyes are not deceiving you. That’s just because, as mentioned above, the vehicle will have a lot of common with the Kodiaq and Tiguan Allspace. That’s especially visible at the rear quarter panels, which look almost identical on the three large SUVs. However, a larger radiator grille with a massive logo should make the new SUV easily recognizable as a SEAT product.

At this point, we don’t know the name of the new car, but we do know it will be one of the Alboran, Aranda, Avila, or Tarraco monikers. The Spanish company has probably already taken the final decision on the naming, but the political crisis over Catalonia has delayed the official announcement for that. 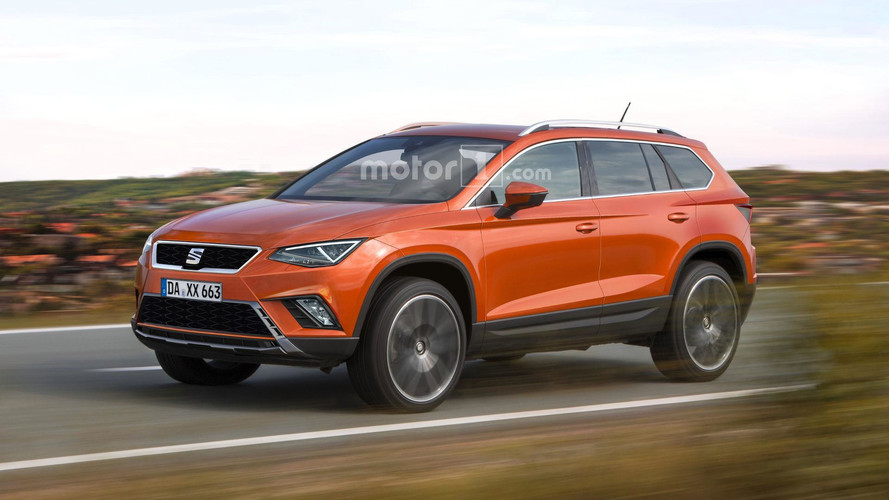 Everything else on the development goes with no delays and SEAT will start taking orders for the SUV early next year. At first, Kodiaq’s 1.4-liter TSI engine, as well as a more powerful 2.0-liter TSI, will be available, alongside two 2.0-liter TDI options. A plug-in hybrid version is also in the cards.

There’s still no official reveal date for SEAT’s flagship SUV, but we expect to see it in full before the year’s end. When it goes on sale a couple of months later, it will wear a starting price of about €30,000 ($33,800).