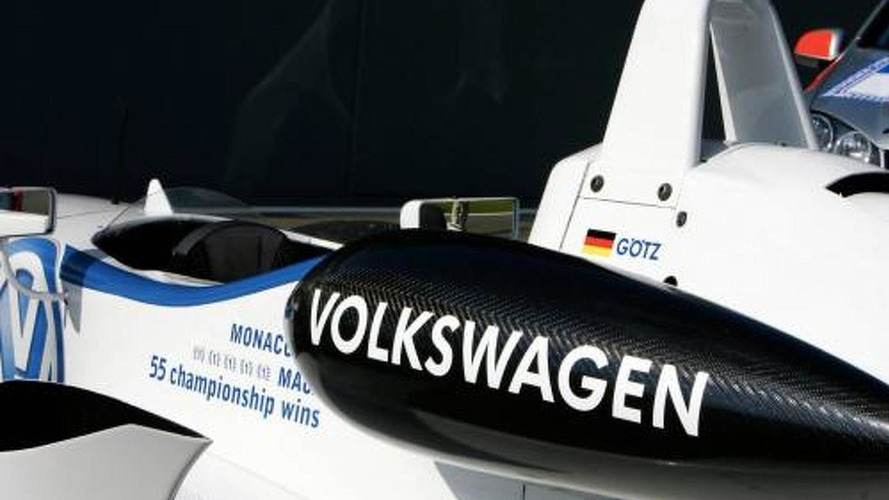 Volkswagen is interested in formula one but has no intention of launching a Mercedes-like works team.

Volkswagen is interested in formula one but has no intention of launching a Mercedes-like works team.

That is the latest message given by Hans-Joachim Stuck, a former grand prix driver and now the motor sport representative of the German carmaker giant.

"It is clear that we are looking at formula one," he is quoted as saying by Sport Bild magazine.

He clarified that VW would only be an engine supplier and not have "our own team like Mercedes".

The 'world engine' concept - with possible deployment across various motor racing categories - has been touted by the FIA.

But regarding a new engine formula for 2013, the current discussions in F1 are about the likelihood of a 1.5 litre turbocharged 4-cylinder and a powerful KERS.

It is believed that the world engine concept is not popular among F1's existing manufacturers.

While pushing for smaller engines for 2013, the FIA is also keen to improve the fuel efficiency of the current 2.4 litre V8 designs.

Ferrari's former engine boss Gilles Simon, now working with the FIA, said in the latest edition of In Motion magazine that F1 should "push forward with fuel efficiency".

"If, as an engine engineer, I am given a maximum fuel load, I will try to give the driver the maximum horsepower possible, building the most efficient engine I can," he said.

Simon added that the FIA wants "to try to adapt the rules we have in the run-up to the new engine formula".