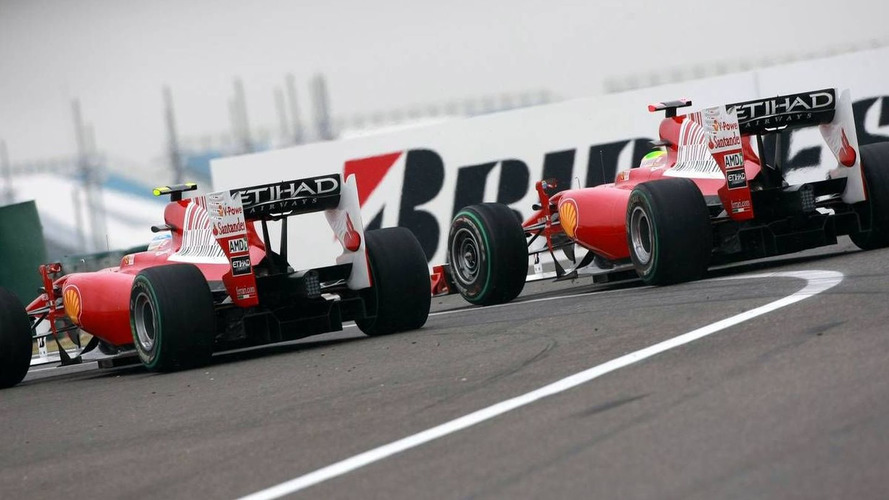 Fernando Alonso's overtaking move on his Ferrari teammate Felipe Massa in China recently was "incredibly risky", according to Mark Webber.

Fernando Alonso's overtaking move on his Ferrari teammate Felipe Massa in China recently was "incredibly risky", according to Mark Webber.

Australian Webber, who is known to be a friend of the Spanish double world champion, was commenting on Alonso's controversial move in the Shanghai pit entry that left his relationship with Massa the subject of speculation.

"It was very hard against your teammate, if fair, but also incredibly risky and incredibly opportunistic," said Webber, who drives for Ferrari's championship rival Red Bull.

"It could have been quite confusing for the team, because they needed to switch the tyres around. And I'm not sure I'd want to risk walking into the factory having taken both cars out at the entry to the pitlane," he added.

"That would have been a pretty serious one to try and get over. But in the end it turned out ok for Fernando and he got away with it," said Webber.

Last week, 28-year-old Alonso hit out at the fact that the move and its after-effects were still in the headlines.

"What is clear is that two weeks after a race you can't keep talking about such unimportant things, so I'm going to refuse to answer," he is quoted as saying by the Spanish sports newspaper Marca.

And in a more recent interview with Italy's Corriere della Sera, Alonso was asked if he would repeat the pit entry move in light of the criticism it has generated.