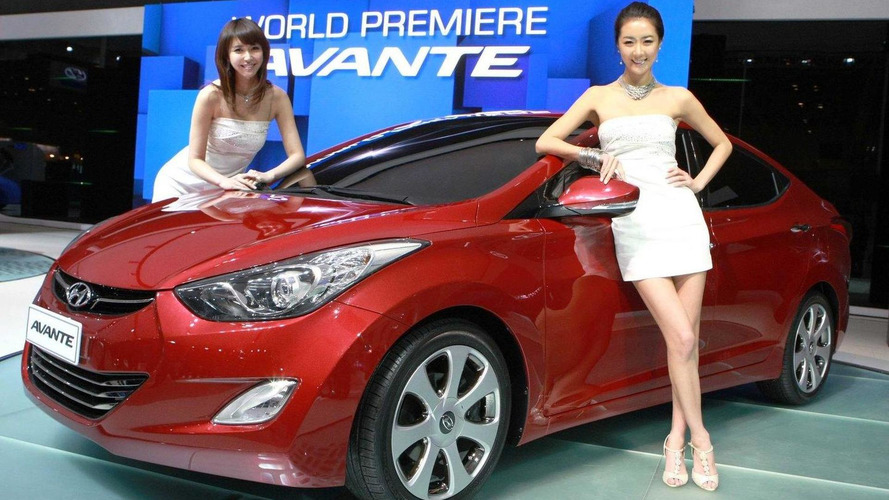 Hyundai has unveiled the 2011 Elantra (aka the Avante) at the Busan Motor Show in South Korea. Full details inside.

Hyundai has unveiled the 2011 Elantra (aka the Avante) at the Busan Motor Show in South Korea.

While no interior pictures were released, Hyundai says the cabin offers "advanced features not found on other compacts." Goodies include heated rear seats, ambient lighting, and a color TFT LCD information display.

Under the hood, the Elantra is powered by a 1.6-liter Gamma GDI (Gasoline Direct Injection) four-cylinder engine with 140 PS (138 hp / 103 kW) and 133 lb-ft (167 Nm) of torque. It is connected to a six-speed automatic transmission, which enables the car to be "10 percent more fuel efficient than its closest competitors."

According to Steve S. Yang, President and CEO of Hyundai's Global Business Division, "The new Avante (Elantra) encompasses Hyundai's latest ambitions, featuring the best styling and performance in its class. We're confident that it will once again redefine the compact segment worldwide."

Korean sales will begin in the second half of 2010, with global availability shortly thereafter.