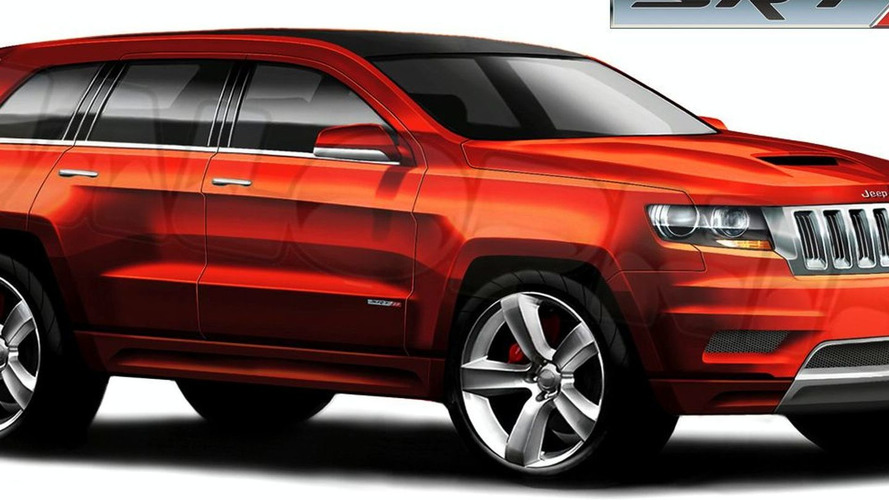 Find out more about the possibility of a new Jeep Grand Cherokee SRT8 hitting production in the next few years. The story inside.

If Chrylser authorizes the production of a new Jeep Grand Cherokee SRT8, in line with the recently-released fourth generation Grand Cherokee, the SUV could get up to 525 horsepower (391 kW / 532 PS).  The SUV would be meant to compete on the same performance level as the 555-hp (414 kW / 563 PS) BMW X5 M.

The Jeep would reportedly get at 6.4-liter Hemi engine, sans supercharger or turbocharger.  The only way it could top the 0-60mph X5 M sprint time would be to have a significantly lighter weight than the more powerful BMW.  The X5 M has a 5,082 lbs (2,305 kg) curb weight.

The current SRT8 model uses a naturally-aspirated 6.1-liter Hemi that produces 420 hp (313 kW).  It was introduced to the public one year after the third generation Grand cherokee was shown off for the first time.  Features include Brembo brakes, performance shocks, and upgraded exhaust.

Theoretically, a new Jeep Grand Cherokee SRT8 could be introduced to the public this year or next.