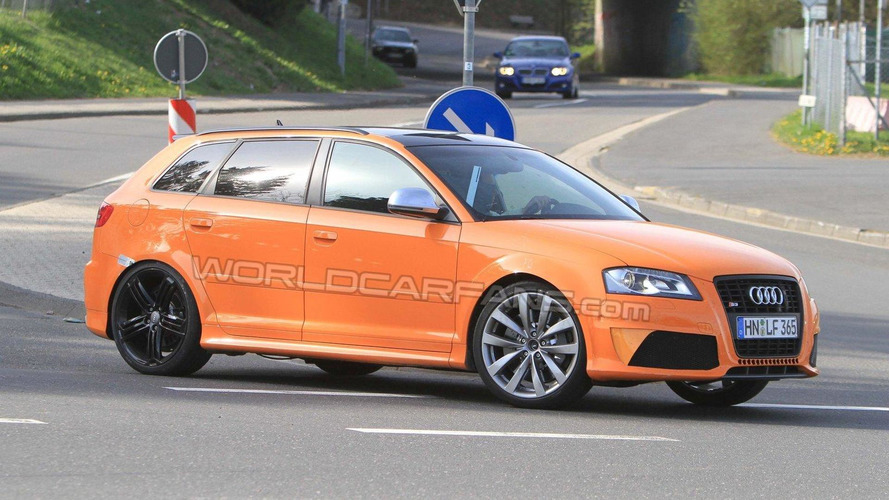 RS3 may come with the same 340 PS (250 kW) 2.5 liter, turbocharged 5-cylinder engine as in the Audi TT RS. The Audi RS3 may make its debut at the Paris motor show in September.

Here are some more spy pics from VW Group testing over at the Nurburgring circuit, this time of a chassis test mule for an Audi RS3 dressed in an attention-grabbing orange.

Differentiating this model from the current Audi A3 range are the larger air intakes on the modified front bumper, notes our spy photographer. The rest of it looks like an S3 Sportback body.

What lies beneath that bonnet, though, is the real question. We've previously reported on the statement by an Audi dealer in Cape Town, South Africa who claimed that the Ingolstadt-based automaker will be fitting the RS3 with the same 2.5 liter, 5-cylinder turbocharged engine as in the TT RS model. That engine produces 340 PS (250 kW) and 450 Nm of torque.

The Audi RS3 was no-show in Frankfurt after various reports.  Hopefully, it will make its debut at the Paris motor show in September.