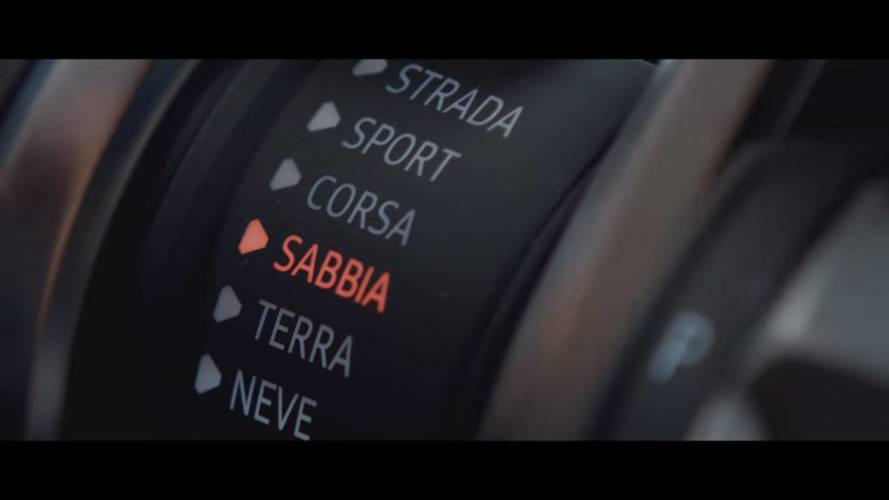 Will feature a dual touchscreen layout as seen on the high-end Audis.

December 4 is the day when Lamborghini will finally take the wraps off the Urus a.k.a. Super SUV, but we won’t have to wait until then to see its cabin as a trio of revealing images has emerged onto Instagram. To be brutally honest, it doesn’t come as a big surprise the LM002’s spiritual successor is sending out a strong Audi vibe with that pair of touchscreens on the center console. The upper one is for the infotainment system whereas the other is for the HVAC system, as seen recently on the new A8 and the A7.

A closer look at the lower section of the center console allows us to check out the controller for the ANIMA (Adaptive Network Intelligence Management), which is just a fancy way of saying driving mode selector. Recent teasers have shown the Urus will have snow and sand modes, thus allowing drivers to have fun on just about any type of road.

Elsewhere, the fully digital instrument cluster is likely Lamborghini’s version of the second-generation Audi Virtual Cockpit already seen in the aforementioned high-end Audi models. There are hexagonal air vents lending the cabin a somewhat rugged appearance, though we are sure some would have wanted a bit more variety to set the Urus apart from its Audi roots.

There are relatively thin leather-wrapped seats providing a decent amount of lateral support and we can also see the wide central armrest with dual opening. In front of it are a couple of cup holders and a stack of physical buttons. Those with an eye for details will notice the tweeters mounted high on the A-pillars along with leather on the upper section of the dashboard.

We already know the exterior will remain pretty much faithful to the namesake concept introduced in 2012 and underneath the hood will reside a biturbo 4.0-liter V8 engine with 650 horsepower. A recent video released by Lamborghini has shown the Urus will feature four-wheel steering, just like the new Porsche Cayenne that rides on the same MLB Evo platform.

All will be revealed in about three weeks.