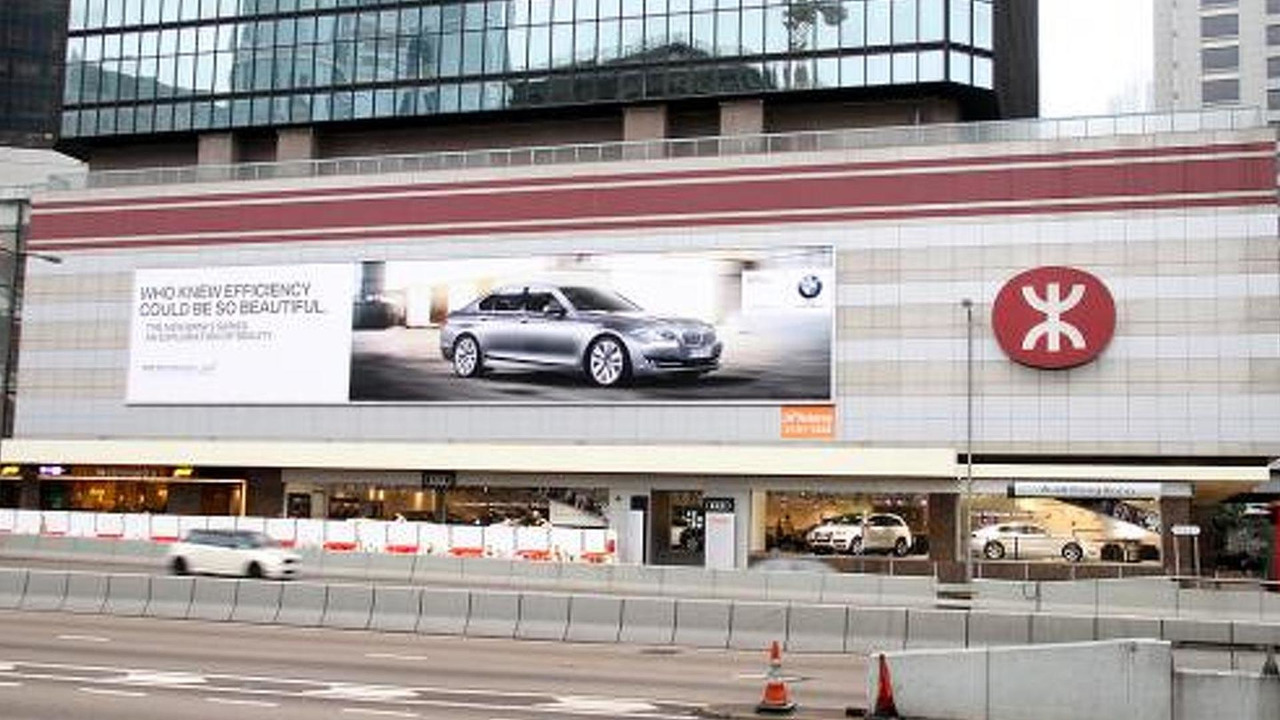 Ad for the BMW 5-Series all but displaces Audi Hong Kong dealership from view. This is the latest offensive in the ad war between the two German premium brands. During the Olympics, Audi aired an ad in the U.S. which referred to BMW as "second best".

Things are heating up in the advertising battle between BMW and Audi.

In this latest offensive, BMW has purchased a huge ad space on a billboard directly above Audi of Hong Kong. A massive advertisement for the new 5-Series sits on a wall over the showroom windows, all but completely displacing the Audi dealership from view.

The ad war between the two German premium brands began a while ago, with competing billboards in California and repeated jabs at each other in European print ads. Lately, the campaign escalated when Audi aired a commercial in the U.S. during the Olympics which referred to BMW as "second best".

Now, the next move is up to Audi. But what they may want to do first is figure out who's fault it is for allowing the billboard space above its Hong Kong dealership to be purchased by the competition.

Photo credit and special thanks to Chris Junker!