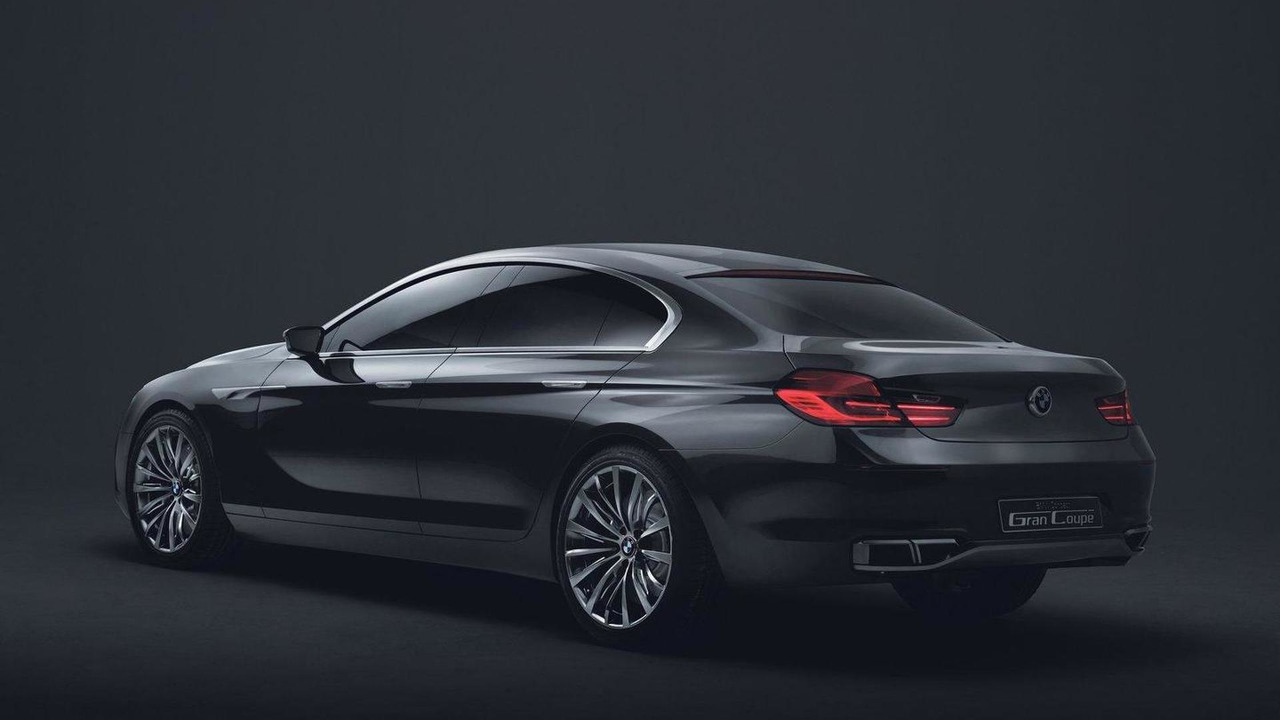 Could this car be an indicator of the next vehicle in the BMW 6er lineup? Find out our thoughts on the BMW Concept Gran Coupe inside.

BMW is showing off their latest design study, the BMW Concept Gran Coupe, at the Beijing International Automotive Exhibition in China.   The show will be open to the public through May 2.

At 1.4-meters high, the car is 10-cm shorter in height than the 5er and 7er sedan.  Current rumors suggest that the car is already approved for production and will be marketed as the BMW 6-Series Gran Coupe to rival the Mercedes-Benz CLS-Class, a car which BMW does not directly compete against at this time.

Here, the car's "vaulted bonnet" blends well with the wide kidney-shaped grille.  The rounded rhombus-shaped headlights sit well above the bumper and create a sporty styling element.  This is accentuated by the split bumper with large air intakes with black mesh grille.

In back, the nearly five-meter long car has more conservative styling, with a somewhat short and squared bumper.  The car has a wide LED third brake light mounted above the glass, which matches the LED rear light clusters.  Quad tailpipes are set into the bumper as well.

The German automaker's latest concept is meant as an ideological follow-up to the Concept CS 2007, with BMW using the Gran Coupe to set the tone for the future of four-door coupes.  It has a longer wheelbase, which may be why it was debuted in China, and features design lines meant to draw your eyes to the front.

If the car does get the green light, look for it to maintain certain characteristics.  Specifically, the frameless windows and sporty styling at the front could very well make the cut, and show up on a production model.

Also rumored is a shooting brake variant which is currently being evaluated.  Look for the BMW Concept Gran Coupe to make its European debut in Paris this October.