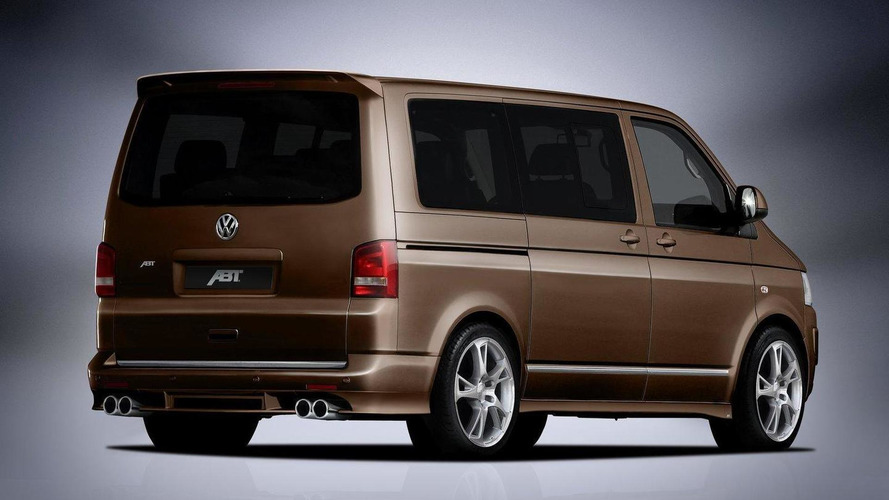 ABT provides an aerodynamic package for a sportier look and 19-inch alloy wheels. German tuner also promises future power upgrading for the 2.0 TDI engine from VW.

German tuner Abt now has a tuning package for the facelifted VW T5 van.

The Abt Multivan package is meant to give a more sporty flavor to a multi-purpose van, which can be used for anything from carpool commuting to family vacations.

Abt adds some sizzle by means of a new front grill and front spoiler, the latter providing the van with a more crouched presence on the road. Also part of the aerodynamic package are the side skirts, a rear skirt housing, a quad exhaust and a rear roof spoiler for flair and some additional downforce.

Abt BR alloy wheels are also available in 19-inch dimension as well as in-house suspension springs for a more solid ride.

The tuner promises future power upgrading by ABT POWER for the VW 2.0 TDI engine, but provides no specifics on that.

Prices were not included.