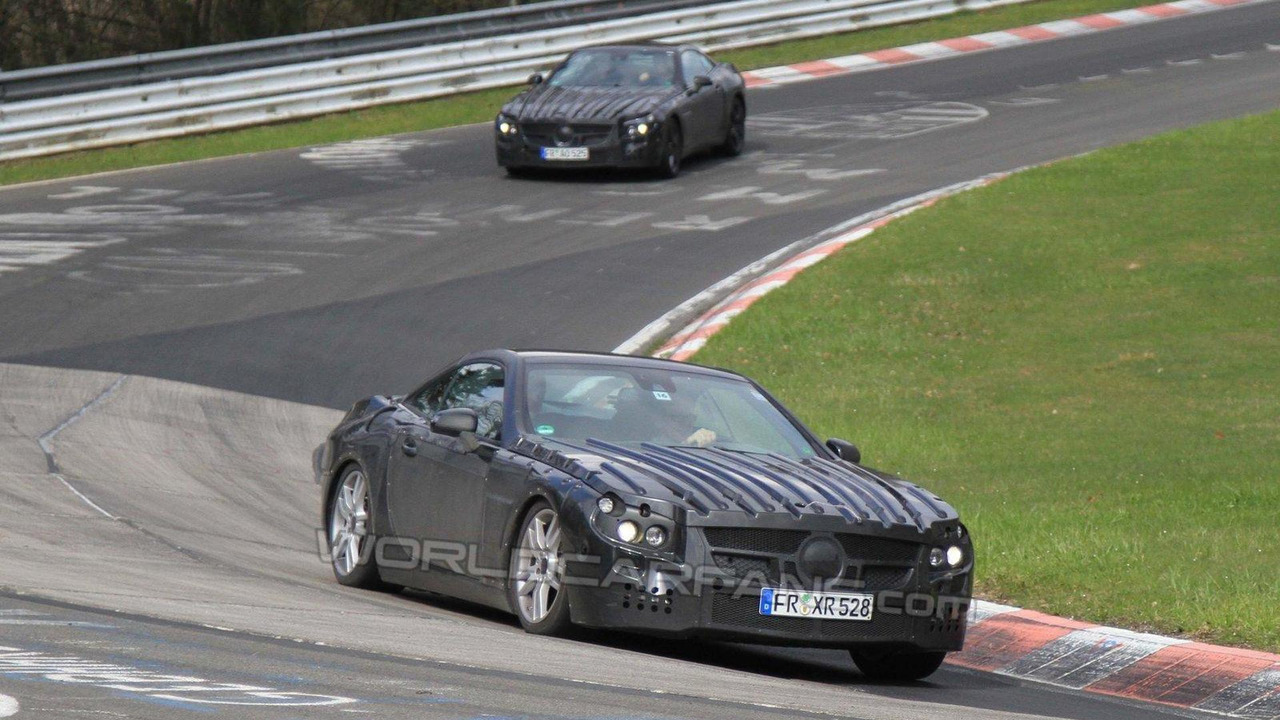 New meets old in the latest round of photos featuring the 2013 Mercedes-Benz SL-Class on the 'Ring.

Daimler is using the Nürburgring stomping ground to test out the 2013 Mercedes-Benz SL-Class cars this week.  Two of the prototypes were spotted on the Nordschleife, and were then escorted on the streets of Nürburg, Germany, by the current SL 550.

Despite the extensive use of camouflage, we can see several design lines still in place on the next version.  Of course, the new SL-Class is not due for some time, and much of this could change over the coming years.  We do expect the new model to use lighter materials, like aluminum, to keep weight down.

Side-by-side, the next generation models look like they are riding a little bit lower than the current SL.  These photos also show different mufflers, and round test LED lights clusters in back.  Look for more LEDs in the front lamps as the camo gets removed.