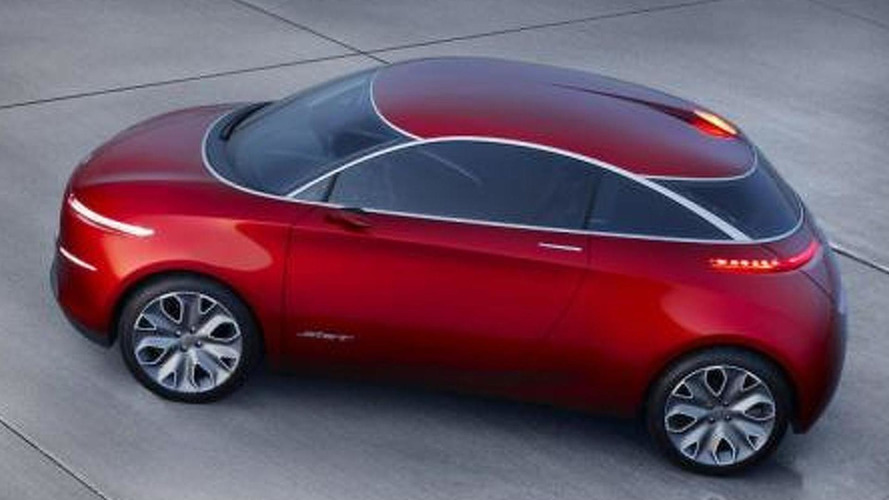 New 1.0 liter, 3-cylinder EcoBoost engine will have equivalent power to a traditional 4-cylinder and will be coupled to a 6-speed manual transmission for maximum fuel economy.

Ford has released first photos and details of its Start Concept car as well as the latest in the US automaker's line of EcoBoost engines.

Set for public debut at the Beijing International auto show tomorrow, the Start Concept is Ford's own first concept car in three years. It features a new 1.0 liter, 3-cylinder EcoBoost engine which Ford contends will have a comparable horsepower and torque quotient to a traditional normally-aspirated in-line 4-cylinder all the while delivering C02 emissions below the 100 g/km mark. The compact power plant will come coupled to a 6-speed manual transmission to maximize fuel economy.

The new minicar was designed to cater to a new global trend for ultra-compact cars for dense urban environments. It features an ambitious design, which includes laser-cut LED lights as well as two other sets of running lamps. The Start Concept also comes with the latest connectivity technology as well as "fun to drive" vehicle dynamics.

"Our ambition with the Ford Start Concept was to design a car that goes beyond the practical realities of commuting in these mega cities," said Ford's director of design Freeman Thomas in a press release. "We wanted to design a car you would also love."

The Start Concept also features MyFord Mobile concept technology, which provides the driver with a touch-screen panel to control functions such as air conditioning and navigation as well as the ability to interface with a smart phone device.

The concept car was designed by Ford's Strategic Concepts Group Studios, based in Irvine, California.