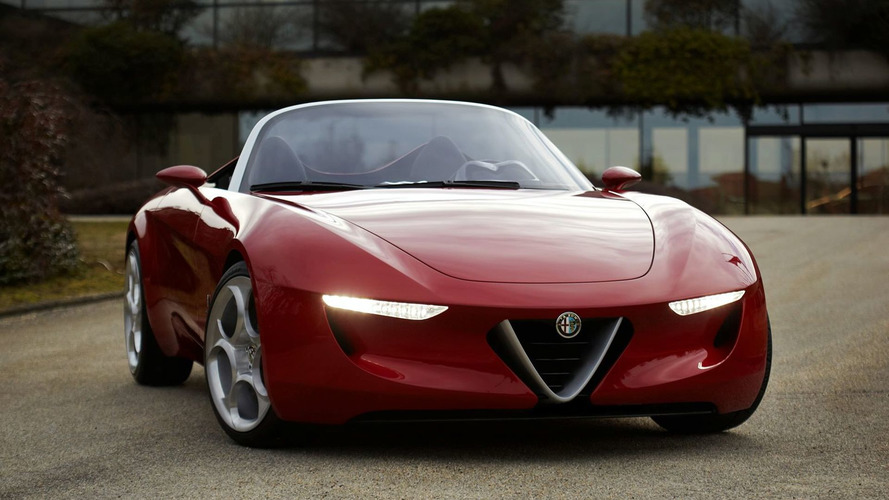 During a press conference yesterday, Chrysler and Fiat CEO Sergio Marchionne confirmed that the 2012 Alfa Romeo Giulia and the 2013 Alfa Romeo Spider will both be built on Chrysler platforms.  Two versions of the Giulia, a.k.a. the 159, will be produced, including sedan and wagon varieties.

However, a shorter version of the LX, called the LC platform, is currently in use on the Dodge Challenger, and was the basis for the 2009 Chrysler 200C EV concept.  The LX is typically used on vehicles with a 120-inch (304.8-cm) wheelbase, while cars with the LC have a wheelbase roughly four inches (10 cm) shorter.

Though shorter, the LC has a wheelbase about a foot longer than the Fiat C-EVO platform, in use on the Alfa Romeo Giulietta.

Alfa Romeo vehicles have not been sold en masse in the United States since 1995.  Sales will restart there with the Alfa Romeo MiTo next year.

Pictured is the Pininfarina Alfa Romeo 2uettottanta Concept unveiled in Geneva this past March.  Influenced by the Alfa Romeo Duetto the concept marked Alfa Romeo's 100th anniversary and Pininfarina's 80th birthday as well as serving as a potential design proposal for the new Spider.