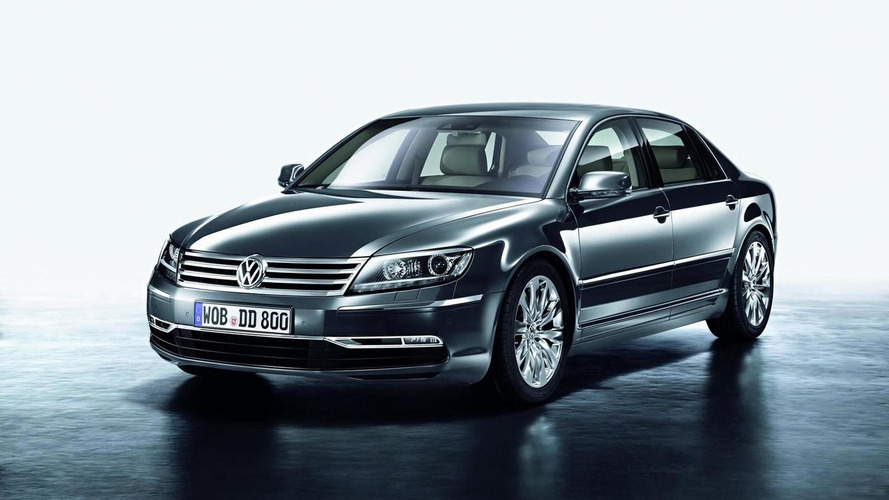 Did the 2011 Volkswagen Phaeton get new engine choices? Find out more about the recently-unveiled car inside.

Volkswagen is using the Beijing auto show as its setting for the introduction of their heavily revised flagship vehicle.  The 2011 Volkswagen Phaeton will be sold with four different engine choices, and will be available as a long wheelbase.

VW-owned brand Audi has had extraordinary success with long wheelbase models in China, where they sell extended versions of the A4, A6, and A8.  Rival brands have their own stretched models, including the 2011 BMW 5-Series Long Wheelbase, Mercedes-Benz E-Class LWB, and the Volvo S80L.

The base level Phaeton will be a comfortable 5.06-meters long, while the extended model will stretch out a further 12 centimeters.  New customers can choose to have either two individual seats in the rear, or a three-person bench.

The other two engines, a 330 horsepower (246 kW / 335 PS) petrol V8 and a 444 horsepower (331 kW / 450 PS) petrol W12, look to be the same as two of the units currently on offer with the car.  This is disappointing, as those engines have been around for four years now, and the car would likely benefit greatly from having a more fuel efficient performance engine with direct injection and stop/start.

Volkswagen skipped the blacked-out radiator grille cover on this car, in favor of chrome.  The exterior has been remodeled from front to back, while the interior has been given 18-way seats and four-zone climate control.

You can read more about the new 2011 Volkswagen Phaeton and its features in the press release below.