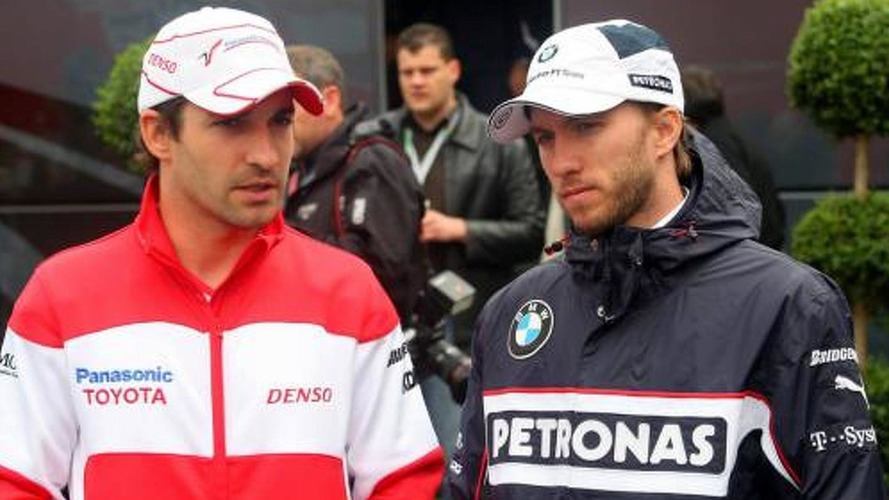 A couple of formula one drivers came within a cloud of volcanic ash of racing in this weekend's season opener of the 2010 DTM championship.

A couple of formula one drivers came within a cloud of volcanic ash of racing in this weekend's season opener of the 2010 DTM championship.

Because Mercedes' Paul di Resta and Gary Paffett were delayed in Shanghai due to the ongoing European air travel disruptions, the German marque feared the pair might not be back to drive at Hockenheim.

Mercedes' F1 reserve driver Nick Heidfeld, who was among the first to leave China, and his German countryman Timo Glock, were lined up as potential replacements.

Like Heidfeld, Glock - who drives for Virgin but with close ties to the DTM backer Deutsche Post - was among the fortunate few to secure an early return flight to Europe.

"We did not know when they (Paffett and di Resta) would come back. There was definitely the possibility that Nick and Timo would have driven the cars," Norbert Haug is quoted as saying by motorsport-total.com.

"But on Monday afternoon, no one could tell us whether we are flying on Thursday, Friday or Saturday," he added.

Glock confirmed that driving in DTM this weekend was part of Mercedes' "emergency plan".

"I have had a good relationship with Norbert Haug and Mercedes for many years, so I would have helped them out.

"I felt honoured that in this case they thought of me," he added.