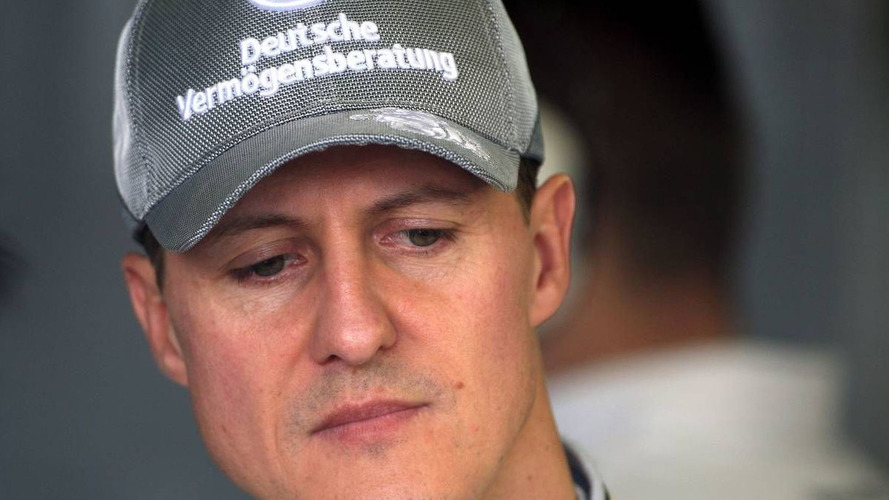 The reaction prior to Sunday's Chinese grand prix was already not positive, so Michael Schumacher is advised to avoid the media in the wake of the Shanghai race.

The reaction prior to Sunday's Chinese grand prix was already not positive, so Michael Schumacher is advised to avoid the media in the wake of the Shanghai race.

After finishing a minute behind Nico Rosberg at the chequered flag, and seven tenths off his teammate's pace in qualifying, the specialist Auto Motor und Sport said China was probably "the worst weekend in the record winner's whole career".

The German magazine gave 41-year-old Schumacher just 3 out of 10 for his performance at the wheel of the grey Mercedes.

One of his former Ferrari teammates, who did not want to be named, told the Independent: "After the beating he got on Sunday, in conditions in which the old Michael Schumacher excelled, I don't think he'll ever come back to his old level."

The Cologne publication Express published a photo-shopped image of a snail with the seven time world champion's head and cap, while France's Auto Hebdo observed that in China "the former rain king seemed lost".

Bild newspaper's headline read: "Rain God? Schumi got flooded!", while Italy's La Gazzetta dello Sport asked of Schumacher's return: "Why did he do it?"

The sports newspaper Tuttosport said Schumacher "is only a shadow of himself", while another sports daily Corriere dello Sport called him "an old lion attacked by a group of young and hungry animals".

The broadsheet La Stampa said: "F1 without overtaking? Just ask Schumacher, who was passed constantly", while the major La Repubblica said the German "is no longer in the league of the best formula one drivers".

Hamburg's Abendblatt called Schumacher a "learner driver", while the Frankfurter Rundschau blasted his "horrible performance" and Austria's Kleine Zeitung said he had been "humiliated" in China.

Britain's The Guardian recalled the moment in the post-race press conference when Lewis Hamilton was asked how it had felt to race wheel-to-wheel with his childhood hero.

Jenson Button leaned over and demanded Hamilton "tell the truth" before the pair both laughed, and the Guardian said the exchange "may have been the unkindest cut of all" for Schumacher.

"The way things look, it would be no surprise to see him bowing out with as much dignity as he can salvage before the formula one season is very much older," added the newspaper.