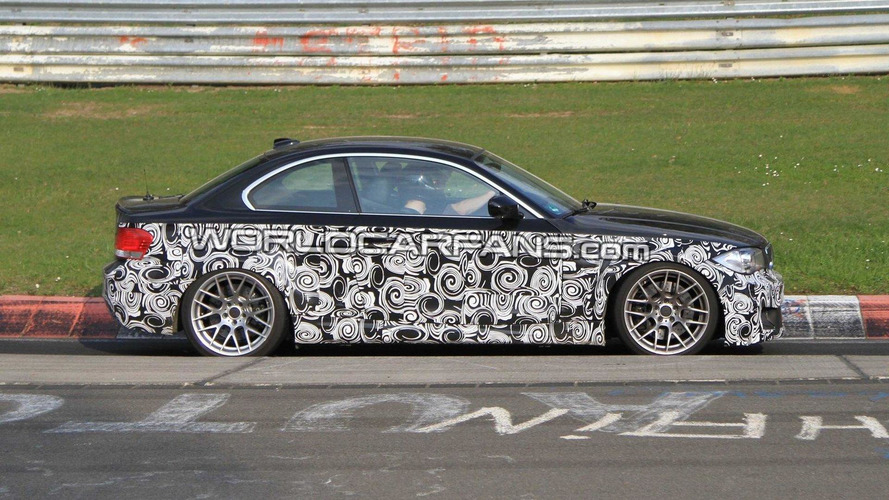 Check out these pics of a BMW 1-series model racing around the Nurburgring. Is it the 135is, or the M1? We tell you what we think, and why.

Spies in Germany caught these pics of the BMW 135is being put through the paces on the Nordschleife at the Nurburgring.  The top shelf 1er is likely to be put into production, with some rumors saying it will be made instead of the M1.

Some published reports suggest that the 135is will feature a twin-turbo 3.0-liter inline-6 engine producing 326 PS (240 kW / 322 bhp), and up to 450 Nm (332 ft-lb) of torque.  If true, this would represent a modest 6.6% boost in horsepower, and substantial 12.5% increase in torque over the BMW 135i.  Look for both the seven-speed dual-clutch automatic with launch control and six-speed manual transmissions to be available.

These photos show a car with a bigger front bumper and larger grille element.  The body appears to ride closer to the ground as accentuated by the larger side skirts and wheels on low profile tires nicely tucked into the wheel wells.

If produced, the 135is would most likely get more powerful brakes and a sport suspension, like the 335is.  We wouldn't be surprised to see sport leather seating make an appearance as well.

Keep an eye on WorldCarFans for more information on both the BMW 135is and the BMW M1.  We'll bring you news as soon as it develops.