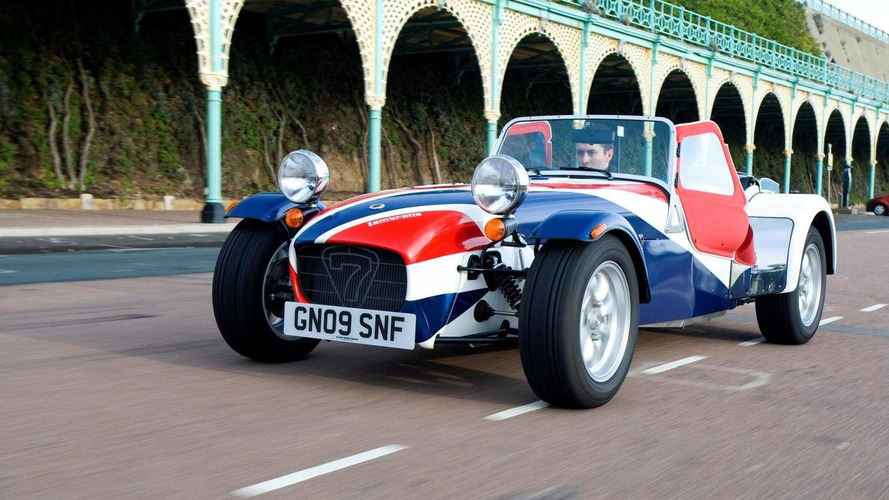 We have the goods on the special edition Caterham Seven that carries a design by fashionistas from Lambretta. Hideous? We're not sure.

English car company Caterham Cars will be releasing a special edition of the Caterham Seven later this year.  The specialized automaker joined up with English fashion company Lambretta Clothing (named after the scooters) to create a new look for their version of the Lotus 7.

It's a look that, sadly, would make any Austin Powers fan proud, with colors and livery inspired by the Union Jack flag of the United Kingdom.  The exterior matches the interior, where the red, white, and blue colors can be found along the carpeting, dashboard, leather seating, and the trunk.

"Designing the exterior and interior of a car is an entirely different challenge to our core business of fashion and accessories, but there are clearly some shared philosophies between the two companies, which made this collaboration so exciting," said Lambretta exec Rob Harmer.  His company's badge can be seen right in front of the passenger seat.

The Caterham Seven Lambretta Special Edition is now available for order.  It carries a £26,995 price tag, including taxes.  Would you buy this car, or is it a bit too silly?  Let us know what you think below.