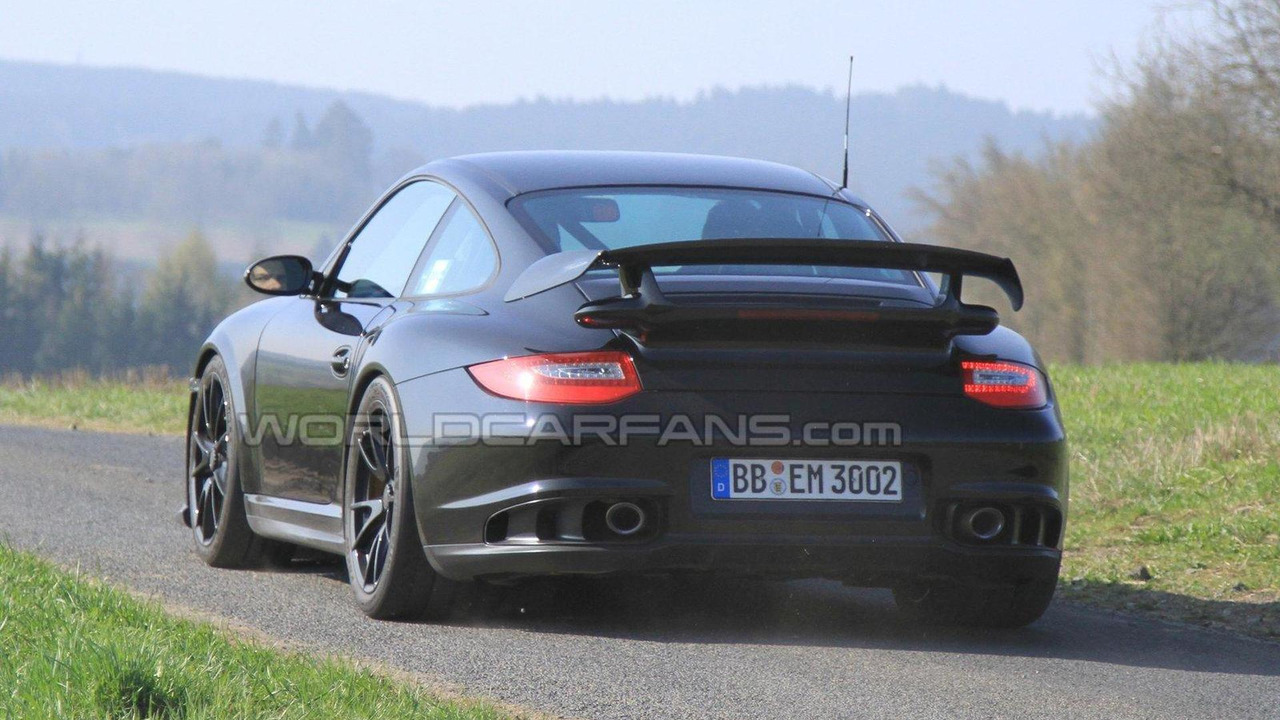 We have the first six photos of the upcoming 2012 Porsche 911 GT2 facelift. Will it be more powerful? Find out more inside.

Spies in Germany have captured pictures of the elusive 2012 Porsche 911 GT2 facelift.  The facelifted model is expected to debut next year, and will likely remain in production for about a year leading up to the release of the Porsche 991.

A new bumper will be seen on the upcoming model, possibly including changes to the front splitter as well.  Possible updates to the sidesills will lead to a refined bumper with new tailpipes.  We wouldn't be surprised to see a few new options added to the catalogue for the GT2.