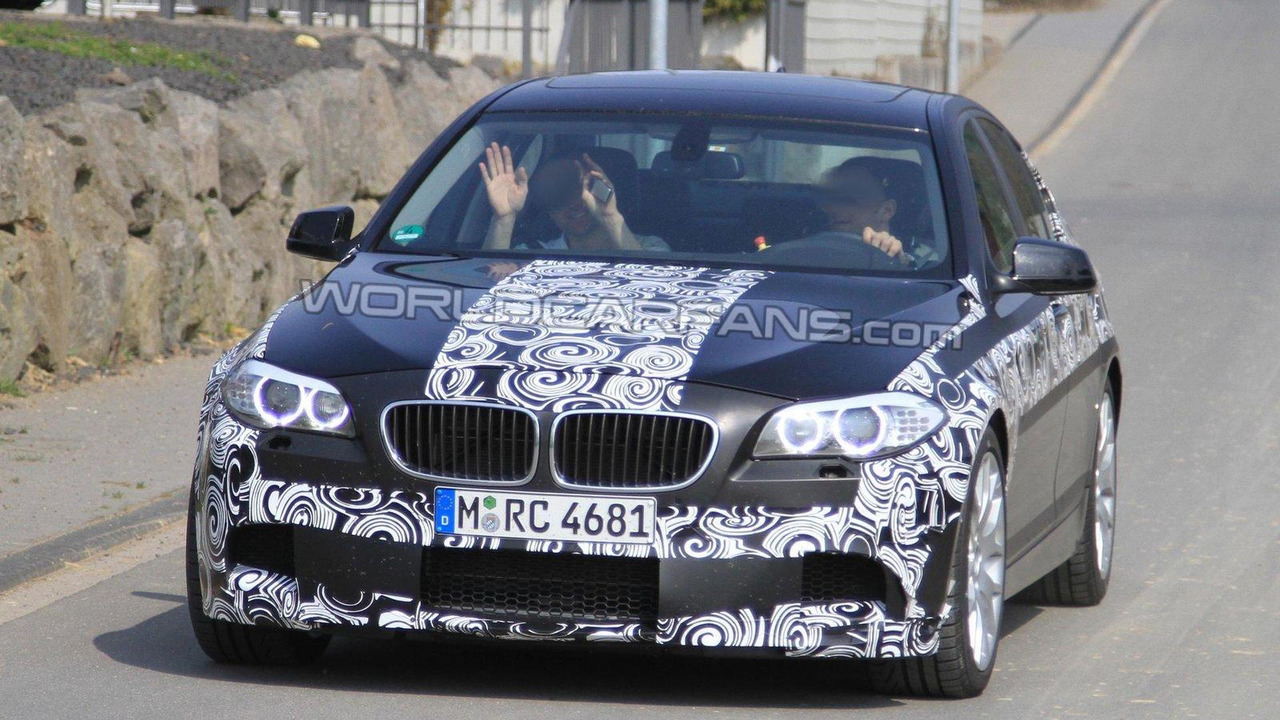 New M5 will get BMW's 4.4 liter twin-turbo V8 tuned to 578 hp. It will also sport a 40 percent increase in torque over the previous M5 and 30 percent better fuel economy.

These are the latest spy photos of the upcoming new BMW M5 F10, caught here in and around the Nurburgring track testing performance tires wth Pirelli.

The considerably less camouflage tells us that there will be enough stylistic cues on the new M5 to distinguish it properly from the recently introduced new 5-Series model.

The most notable feature of the 2011 M5, though, will be the new powerplant. BMW's 4.4 liter twin-turbo V8, already introduced in the X5 M and X6 M, will be replacing the current generation's 5.0 liter V10. The 4.4 liter comes configured to 578 hp and with some other great numbers too - improving the 0 to 100 km/h sprint by 0.3 seconds over the current M5, increasing torque by 40 percent and dialing down fuel consumption by about 30 percent.

BMW has also nixed any plans for a Touring (wagon) variant for the M5. Perhaps they feel the need to keep the sport sedan as pure as possible.

The new M5 will likely makes its debut at the end of this year and will go on sale early in 2011.