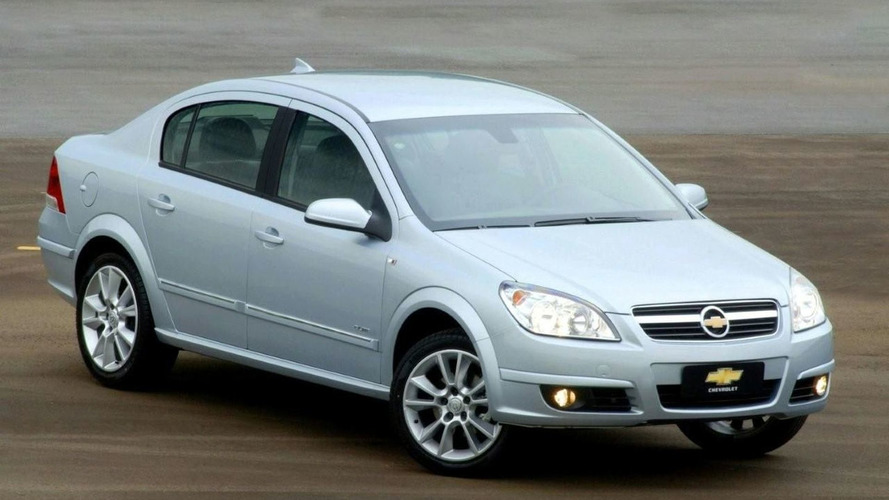 Top-of-the-line Brazilian Vectra version, the Elite, receives a 2-liter engine to costs a little lessa: about â‚¬ 29,747 in Brazil

Since Honda and Toyota have started producing cars in Brazil, GM has lost its long leading position in the luxury segment. Its last attempt to recover it was with the presentation of the Chevrolet Vectra, an Astra based sedan that still uses old fashioned engines, but the car’s leadership has only lasted until the new Honda Civic was presented in Brazil and until Toyota started an aggressive price campaign for the Corolla. Things will get even worse with the presentation of the new generation Corolla, in the months to come. The only way to react to the Japanese automakers for GM is to cut prices. And this is exactly what the company has tried with a cheaper option of the top-of-line Vectra, called Elite. Equipped with a 2.4-liter flex engine that delivers 150 cv with ethanol and 146 cv with petrol, it costs R$ 81,372, equivalent to € 31,630. Now GM has presented an Elite model with the 2-liter flex engine, offering 128 cv with ethanol and 121 cv with gasoline. The price has dropped to R$ 76,527, or € 29,747.

Besides the weaker, but more economical engine, GM also offers what it call a series GPS navigation system. In fact, the car comes with a portable GPS navigation unit as a gift. No Brazilian car has an integrated GPS system installed so far. In Eastern Europe, where the same car is sold as the Astra Sedan, the top-of-the-line version, the Cosmo, costs the equivalent to €23,517 and is equipped with a 1,8-liter Ecotec engine that pumps out 140 cv, what shows the Brazilian engines are in need of urgent changes. Consumers complain they are not as fuel efficient as they should be. The Brazilian Honda Civic also uses a 1,8-liter engine that delivers 140 cv. And, when you get to compare prices, the Citroën C4 Pallas, the sedan version of the C4, offers better value for money. This may help understand why GM has had such bad results in 2007.