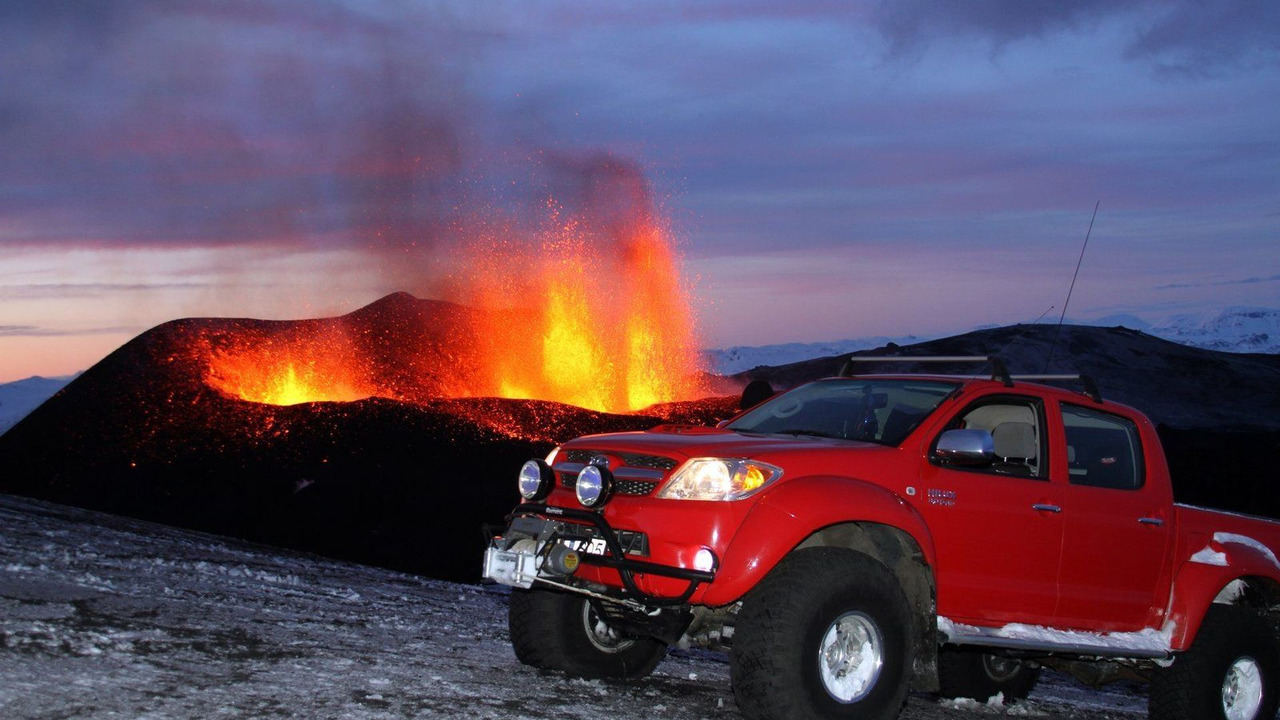 Shortly after filming was completed, the volcano erupted and sent a cloud of ash 30,000 feet into the air.

Top Gear has taken responsibility for the eruption of Iceland's Eyjafallajökull.

While details are limited, Jeremy Clarkson and James May were driving a highly-modified Toyota Hilux to the rim of Eyjafallajökull for an upcoming segment. Shortly after filming was completed, the volcano erupted and sent a cloud of ash 30,000 feet into the air.

In typical fashion, the outfit jokingly described the event as added proof that "Top Gear is responsible for almost every evil in the modern world."

Oddly enough, Toyota decided to join in by saying "With Europe's most advanced aircraft rendered powerless by the ash-filled atmosphere, it's Hilux that once again has proved itself the master of everything man and nature can put in its path."

Look for the episode to premiere this summer.