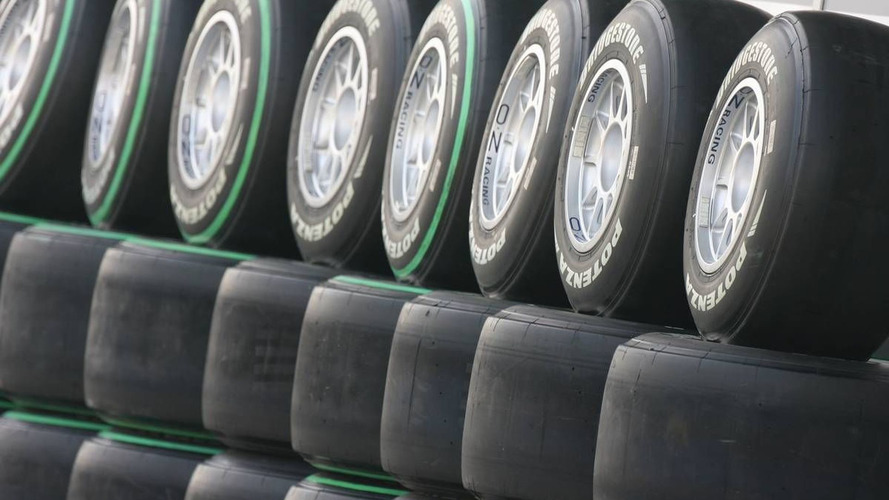 Another name has entered the frame as a potential replacement for F1's departing tyre supplier Bridgestone.

Another name has entered the frame as a potential replacement for F1's departing tyre supplier Bridgestone.

Until Saturday, it was thought that the formula one teams association FOTA had essentially agreed with Michelin that the French marque should re-enter the sport in 2011.

Michelin would charge a few million euros per team, and demand a change of the rules so that its existing technologies - including low-profile tyres for Le Mans - are more relevant to F1.

But in Shanghai, as team bosses got together at the Chinese venue for a FOTA meeting, it emerged that a rival solution is on the table -- championed by Bernie Ecclestone and quietly backed by a number of small teams.

Writing for his new column for the Sunday Times, former driver and British commentator Martin Brundle said Ecclestone prefers "a non-branded and much cheaper option" than FOTA's Michelin deal.

The sport would use "a company such as Avon for supply, using the current (13-inch) wheels and tyre diameter", Brundle revealed.

Crucially, Williams' chief executive Adam Parr said earlier in China that Ecclestone has been empowered by the F1 Commission "to negotiate and find" the solution to Bridgestone's departure.

"Nobody's better equipped to do it than him, so I'm sure we will get what we need," he added.

Also hinting at the newly-touted Avon solution, Peter Sauber added that the idea of "tyres for free" in 2011 is "possible".

It is believed the issue will progress on Sunday, with rumours Ecclestone will meet with FOTA chairman Martin Whitmarsh.