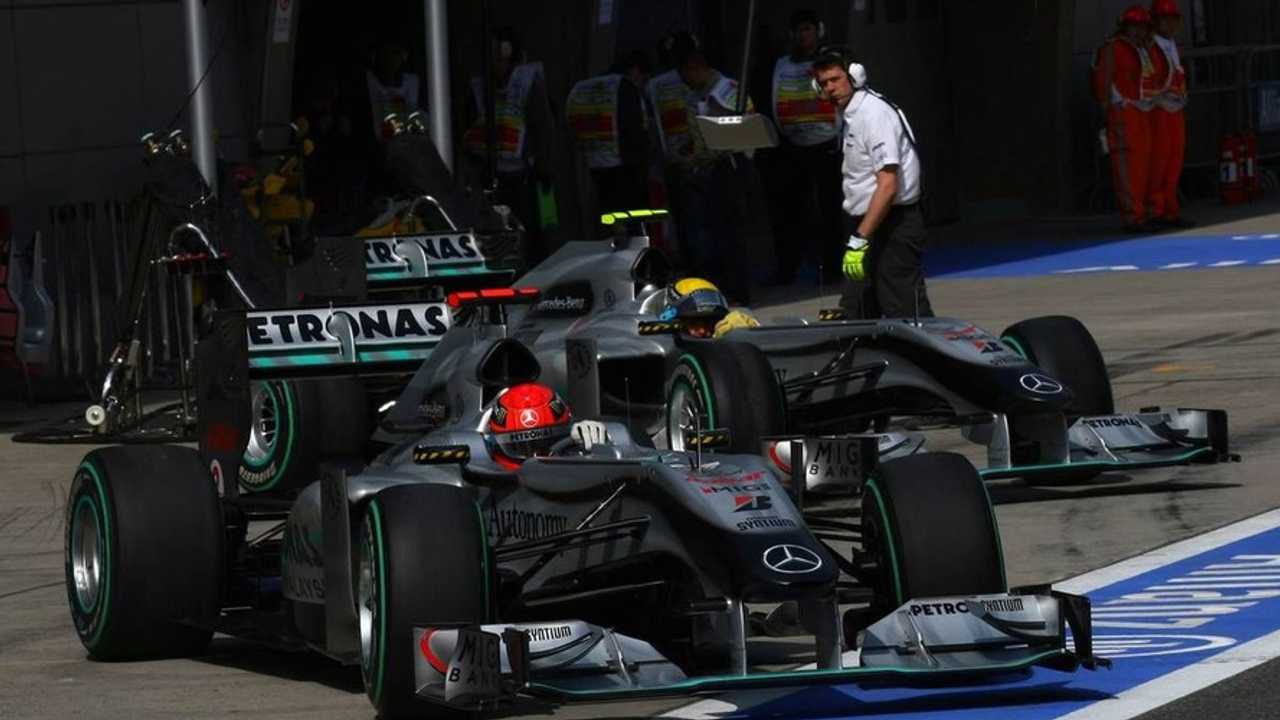 After qualifying seven tenths off teammate Nico Rosberg's time, Michael Schumacher on Saturday consoled himself by knowing the two W01 cars had not been identical.

After qualifying seven tenths off teammate Nico Rosberg's time, Michael Schumacher on Saturday consoled himself by knowing the two W01 cars had not been identical.

We reported after qualifying in Shanghai that Schumacher had tackled the session with Mercedes' new F-duct rear wing, while Rosberg used the existing setup.

"We will certainly be wiser after the weekend and then know what to do for the future," said Schumacher.

But it turns out that both Schumacher and Rosberg did in fact qualify with the F-duct system aboard their grey cars on Saturday afternoon.

According to the German news agency SID, Schumacher only discovered that Rosberg had also used the system in the post-session debrief.

"In the meeting beforehand I understood that Nico would use the other wing, but that was not the case," said the 41-year-old.

Rosberg even described the upgraded car as a "step forward" and was only a few tenths off pole position.