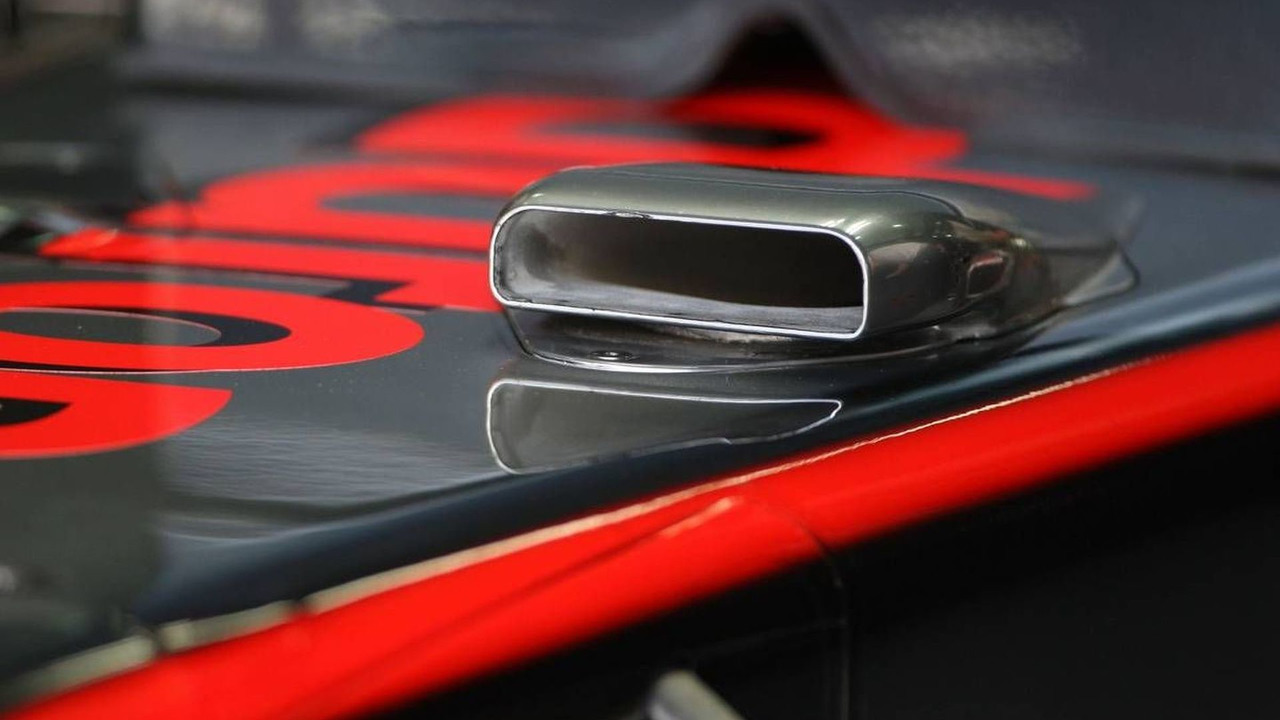 It is believed the F-duct name was coined by the specialist media, either in reference to the mere shape and appearance of the air inlet, or the fact it is mounted on the red 'f' of the upper monocoque Vodafone branding.

'RW80', however, is the official name for the rear-wing stalling system, with McLaren describing its innovations with an acronym (Rear Wing) following by a number based on iterations.

Initially, some insiders jokingly tried to start a trend when the controversy broke by describing it as 'knee-gate' -- referring to the rumoured way in which the McLaren driver's trigger the airflow.

The alternate F-duct descriptor then emerged when reporters tired of writing words along the lines of 'knee activated air inlet and rear wing system'.

Red Bull's Christian Horner joked in Shanghai: "We call it the F'ing duct."

The pace-setting team is yet to introduce its own version for the RB6, already frustrated about the horse power advantaged enjoyed by Mercedes runners.

"Don't forget they (McLaren) are 30-40hp up. Plus the straightline advantage which they have through the F-duct," added Horner.

Sebastian Vettel said in China: "This morning I had a good opportunity to see it at work myself, when I was running behind Jenson.

"In the middle of the straight he just left me, as if I was standing still," said the German.