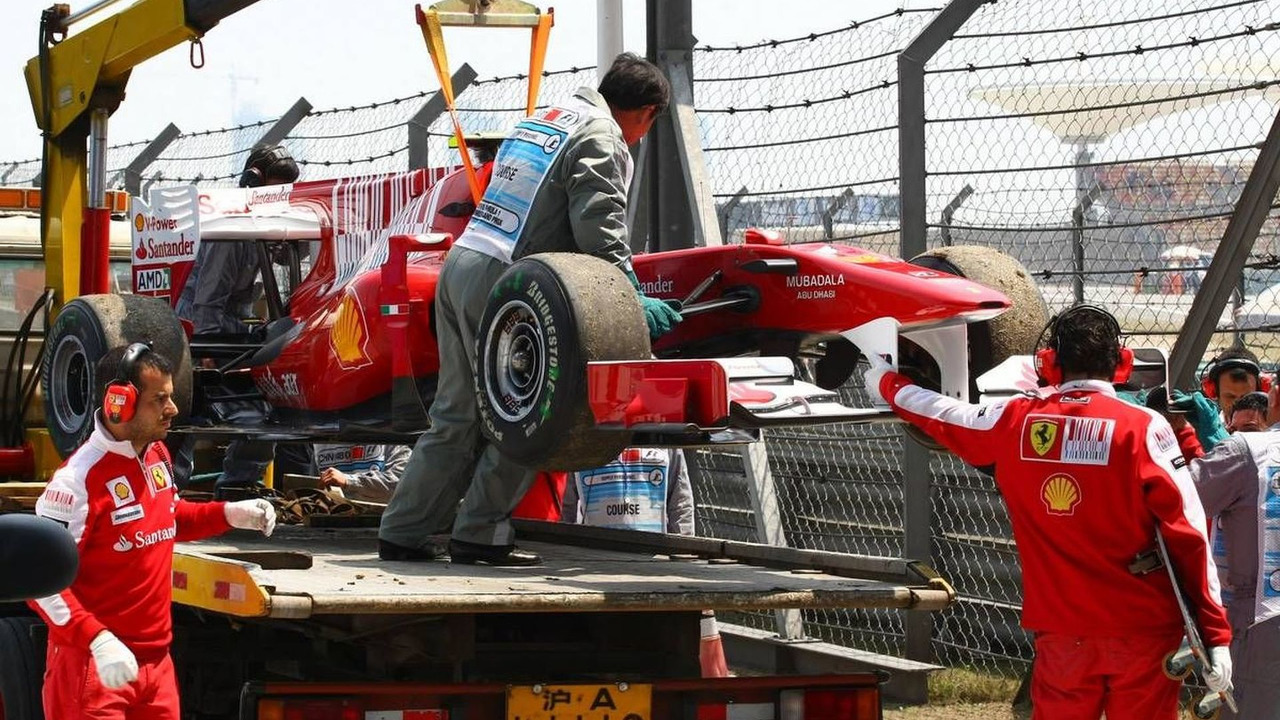 Fernando Alonso on Friday played down the effect his latest engine failure could have on his bid to win the 2010 world championship.

Fernando Alonso on Friday played down the effect his latest engine failure could have on his bid to win the 2010 world championship.

The Spaniard also had a failure that put him out of the Malaysian grand prix two weeks ago, sparking concerns he might run out of his allocation of eight engines for the year.

But he told the Spanish news agency EFE that Ferrari will "continue with our original plan" for engine use for now.

The engine that failed in his F110 on Friday morning was the one removed after an overheating issue after qualifying in Bahrain.

The (failed) 2.4 litre unit that he then practiced with in the afternoon in China was the one with which he won the 2010 season opener.

"We made a plan about how to use (the engines) and it is now more or less the same.

"The only thing is we will have to use them a little more on Fridays, but for the Saturday and Sunday the plan remains the same as before and there is not much concern," Alonso, 28, insisted.

He also said that, because changed on Saturday in Bahrain, the failed Shanghai engine was only eligible to be used in free practices anyway.

Alonso however acknowledged that "if we lose another (engine), things would be tighter, but fingers crossed that for now we keep with our original plan".

He also predicted that Red Bull will remain "ahead of everyone" this weekend, and that Ferrari's new F-duct system is not yet fully up and running.