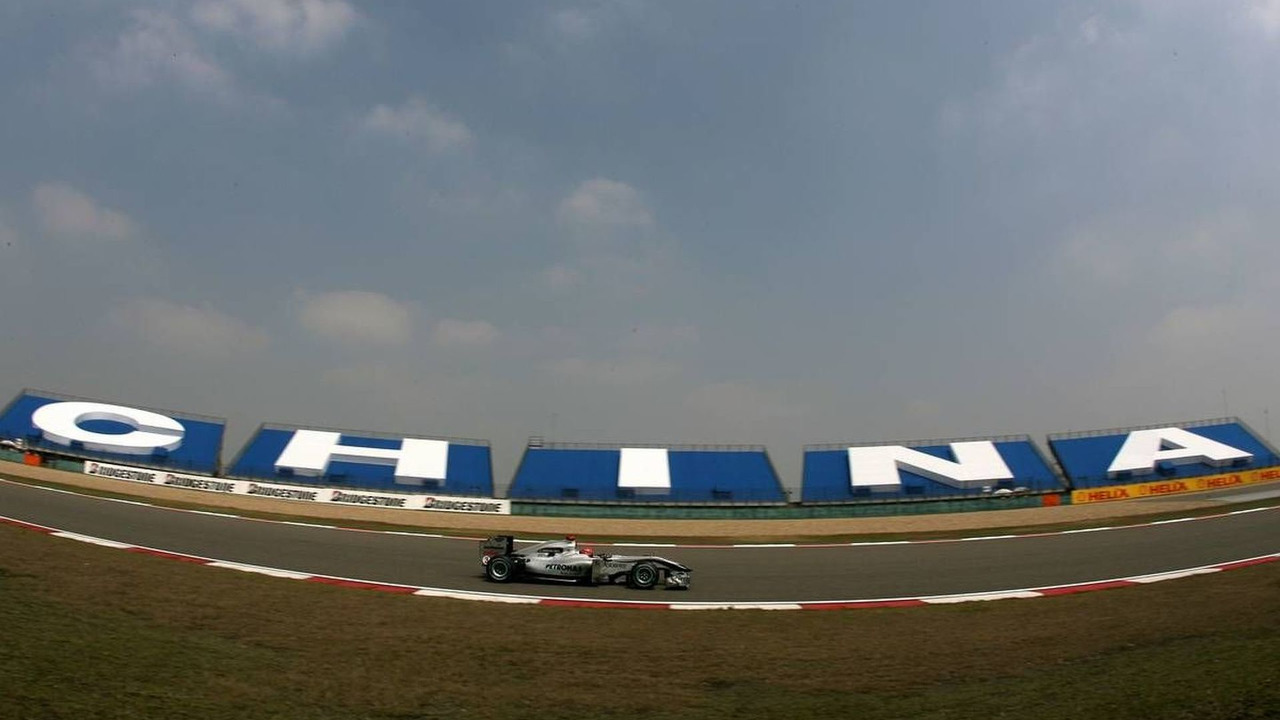 As he returned to his practice driving duties on Friday morning in China, Paul di Resta was presented with a special pair of racing boots.

The rookie reserve driver turns 24 on Friday, and Force India marked the occasion with custom boots bearing the Scottish saltire and a leaping tiger.

On the way to the start of the Rally of Turkey, Kimi Raikkonen drove past the F1 circuit in Istanbul, but insists he does not miss the sport he conquered in 2007.

"If I missed it I wouldn't be here, I'd be there," said the Finn, amid rumours he could replace Mark Webber at Red Bull in 2011.

McLaren's Lewis Hamilton is sporting a short beard on his chin this weekend in Shanghai.

Friday's weather in Shanghai is better than it was on Wednesday and Thursday, but it is still uncharacteristically cold in China's largest city. There is 20 per cent chance of rain on Sunday.

Ferrari president Luca di Montezemolo has welcomed the settlement reached between the FIA and Flavio Briatore, who was previously banned for life over the crashgate scandal.

"I am pleased for Briatore," the Italian is quoted as saying by La Stampa. "Jean Todt's decision is wise and timely."

Robert Kubica is wearing a black armband in China this weekend, while a picture of a Polish flag is on the headrest of his Renault car, to mark the recent death of the Polish president, Lech Kaczynski's wife and 94 others in a plane crash last Saturday.

A big bump in the braking zone of turn 1 was causing headaches during first practice in China on Friday. The bump broke a front wing on a Virgin car, while something also broke off a Lotus. Virgin said on Twitter that "lots of people" had similar problems.

Felipe Massa in China reiterated that he is not overly worried about the rumours linking Robert Kubica with his Ferrari seat for 2011.

"First it was Valentino (Rossi) coming, then it was Alonso and Vettel. With Fernando they were saying it three years ago, and what changed for me? Nothing," the Brazilian is quoted as saying in the French press.