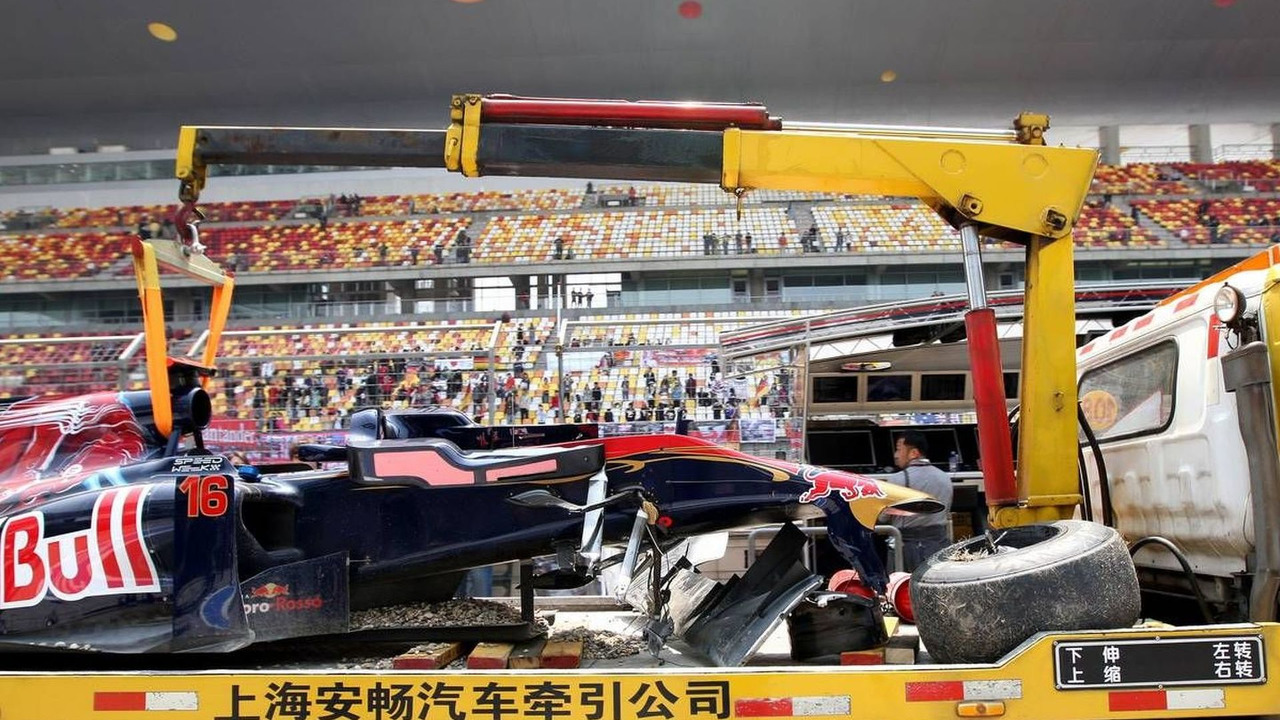 An initial investigation has identified the cause of Sebastian Buemi's frightening incident during first practice in China.

An initial investigation has identified the cause of Sebastian Buemi's frightening incident during first practice in China.

The 21-year-old Swiss driver speared into the barrier and then the gravel trap after both front suspension assemblies and wheels sheared off under heavy braking.

The Faenza based team is said to have identified the cause as an suspension arm failure on a front-right upright on the STR5.

The SID news agency said the left suspension assembly simultaneously failed because of the loads placed on it due to the original failure.

The suspension pieces were new and also newly designed, so an older design will be fitted to both Buemi and teammate Jaime Alguersuari's cars for second practice.

"I think it was a material error, or errors in the handling of the material. But we can only investigate it in the factory," said team boss Franz Tost.

Buemi was declared unhurt after a brief visit to the circuit medical centre.