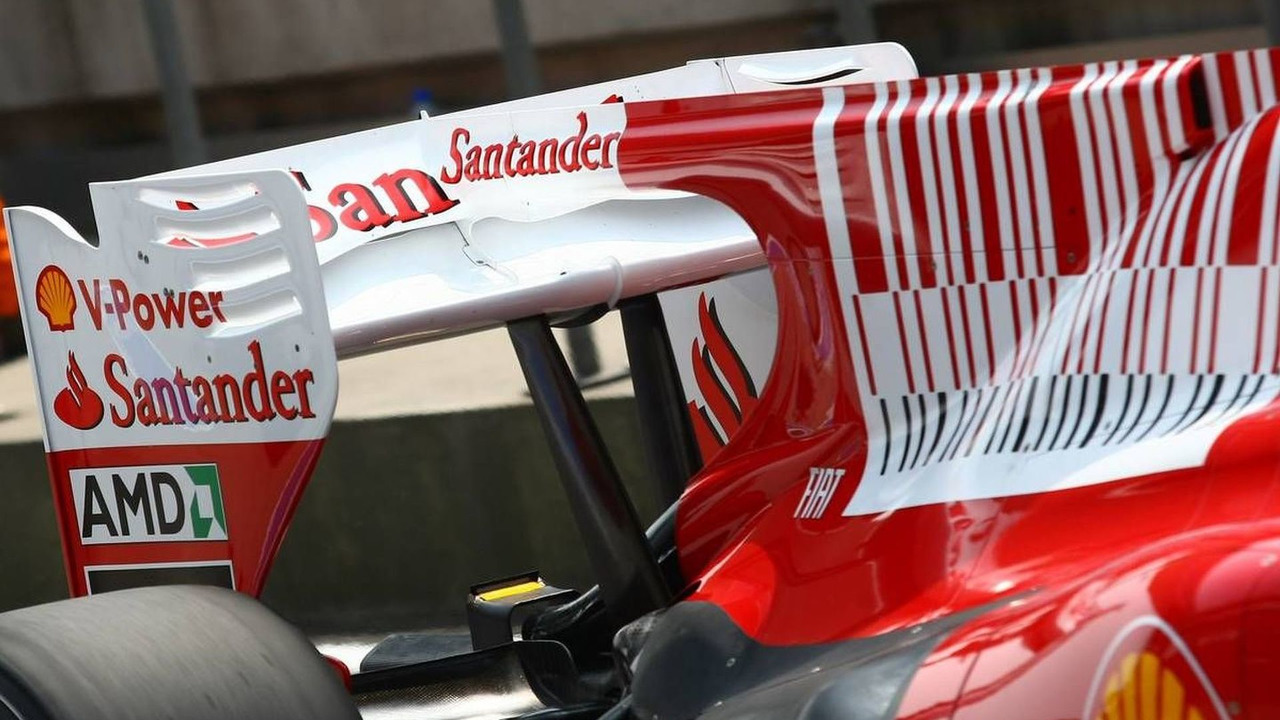 Ferrari's new F-duct system did not get many miles under its belt during initial Friday practice in Shanghai.

Ferrari's new F-duct system did not get many miles under its belt during initial Friday practice in Shanghai.

The McLaren-type device was fitted only to Fernando Alonso's F10, and the Spaniard did not even complete a timed flying lap before his engine failed.

Ferrari referred to the F-duct on Friday morning as a "blowing rear wing system", and said the one running on Alonso's car in China is "not the complete one".

Meanwhile, it emerges that Williams did not use its own new F-duct on Friday morning, perhaps because the parts were held up in Europe due to the Icelandic volcano smoke cloud.

It was also rumoured in Shanghai that, while Red Bull continues to deny having any such device aboard the RB6, Ferrari's drivers might be altering the ride-height of their cars during the pistops.

This solution, because the change is not occurring during parc ferme conditions or while the car is in motion, would theoretically be legal, and Felipe Massa welcomed the FIA's recent rule clarification.

"I think it is important that the conditions are the same for everybody," said the Brazilian.