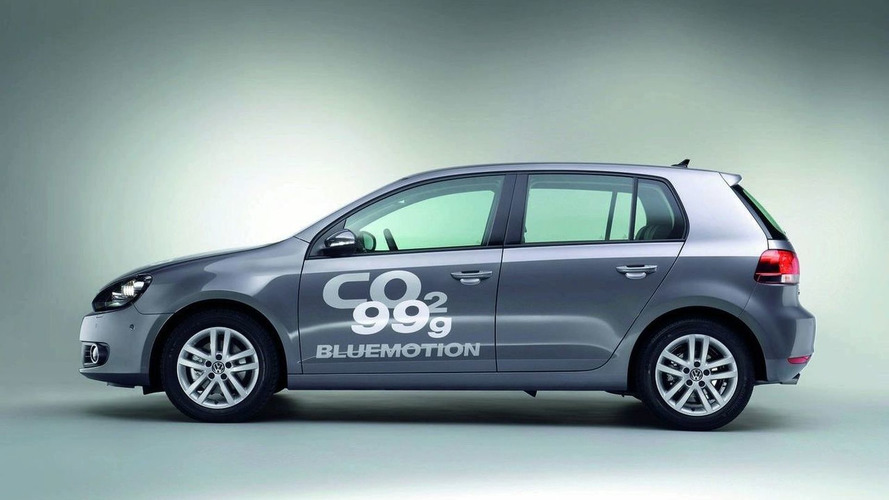 Following the all-new Golf VI full details posted earlier today, VW has revealed its corresponding Golf BlueMotion Concept. Equipped with a 1.6-litre TDI common rail diesel engine developing 105 PS and 184 lbs-ft of torque at 2,000 rpm, the Golf BlueMotion achieves an impressive 74.3 mpg (combined) while emitting just 99 g/km of CO2. Such economy matches that of its smaller sibling, the Polo BlueMotion. Despite its frugality, the Golf BlueMotion still manages a respectable 11.3 seconds when fully accelerating to 62 mph (100km/h) before going on to a top speed of 117 mph.

The BlueMotion model is distinguished by a number of features aimed at efficiency, such as a set of low rolling resistance tyres, optimised aerodynamics and revised ratios in the five speed gearbox. For comparison, the equivalent 2.0-litre TDI 110 PS without the BlueMotion package achieves 62 mpg on the combined cycle while emitting 119 g/km of CO2. This economy matches that of the current fifth generation Golf BlueMotion model.

The new Golf will go on sale in the UK in January next year, following in other countries mid 2009.