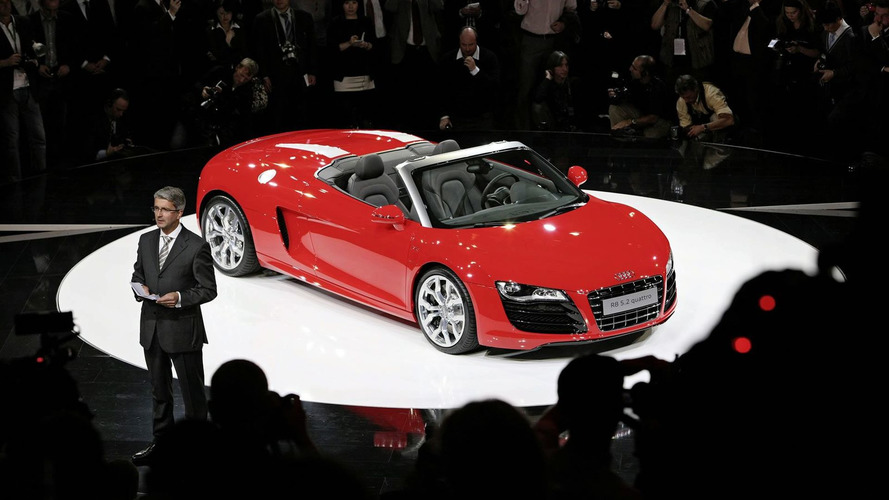 Check out these commercials for Iron Man 2, featuring the Audi R8 V10 Spyder. Find out when you can see the movie inside.

Fans of both Audi and Iron Man will be pleased to see the Audi R8 V10 Spyder in the upcoming action film Iron Man 2.  A new interactive trailer (see below) promoting the film shows a quick shot of the car, and its "Stark 11" license plate.

For those unaware, Iron Man is the alter ego of wealthy industrialist Tony Stark in the Marvel comic book universe.

His new car in the upcoming film can be seen more clearly in an Audi-produced commercial (seen above) featuring clips from the film.  If you want to see the car in the interactive trailer, you will have to wait right until the end.  Even then, you only get a one-second image of the sports car.

Iron Man 2 will be released throughout much of the world between April 28 and May 7.