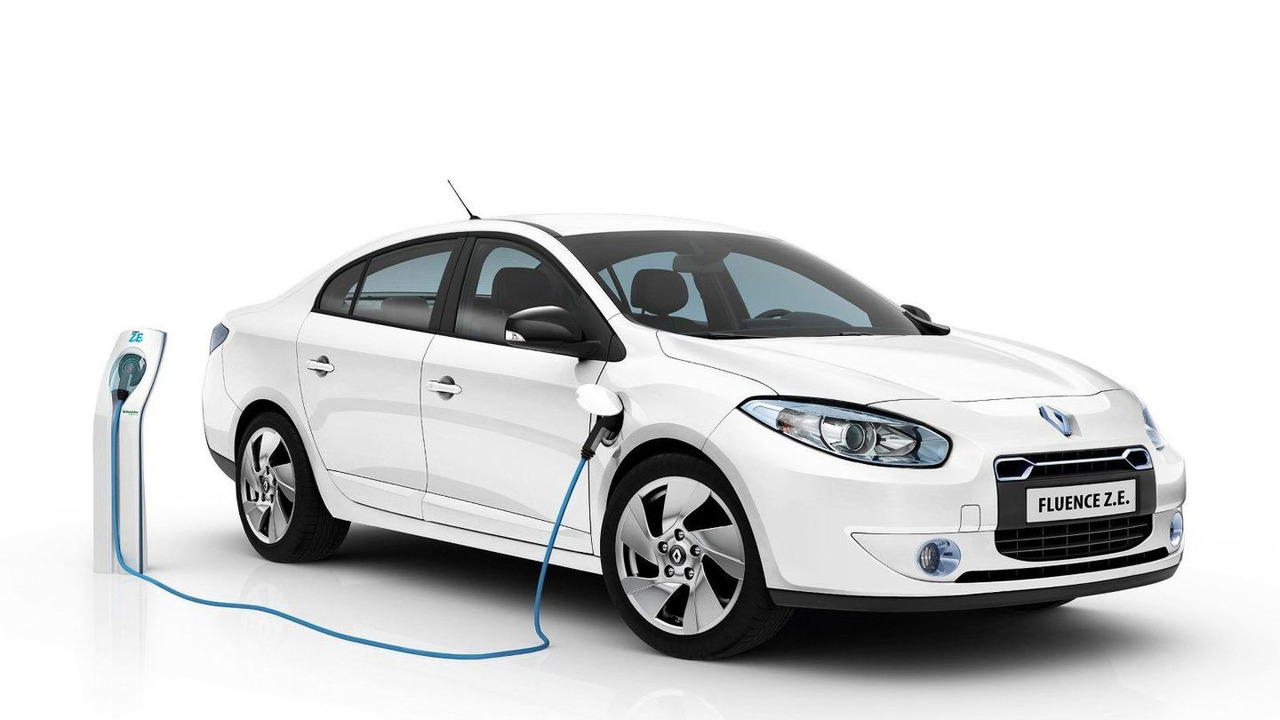 New all-electric models will be available in 2011. The Fluence Z.E. and the Kangoo Van Z.E. will come with 70 kW and 44 kW electric motors, respectively. Both power-trains feature 226 Nm of torque and a range of 160 km.

Photos of the two models in their final design look are published here.

The Z.E., of course, stands for zero-emissions, and the Fluence Z.E. sedan will be one of the first C-segment vehicles on the market with an all-electric drivetrain. It comes with a 70 kW (95 PS / 94 bhp) electric motor with a maximum torque of 226 Nm (167 lb-ft). The lithium-ion batteries can be recharged with a domestic power outlet in 6 to 8 hours and provide the car with a range of 160 km (99 mi). Fast-charging technology (30 minutes) will be available as of 2012 and there is also a battery swap capability - both, though, dependent on infrastructure issues which Renault explains much about in the press release (see below).

The Fluence Z.E. will be built at Renault's OYAK plant in Bursa, Turkey alongside its conventionally powered (diesel and petrol/gasoline) variants.

Both models are available for pre-order at the renault-ze.com website.