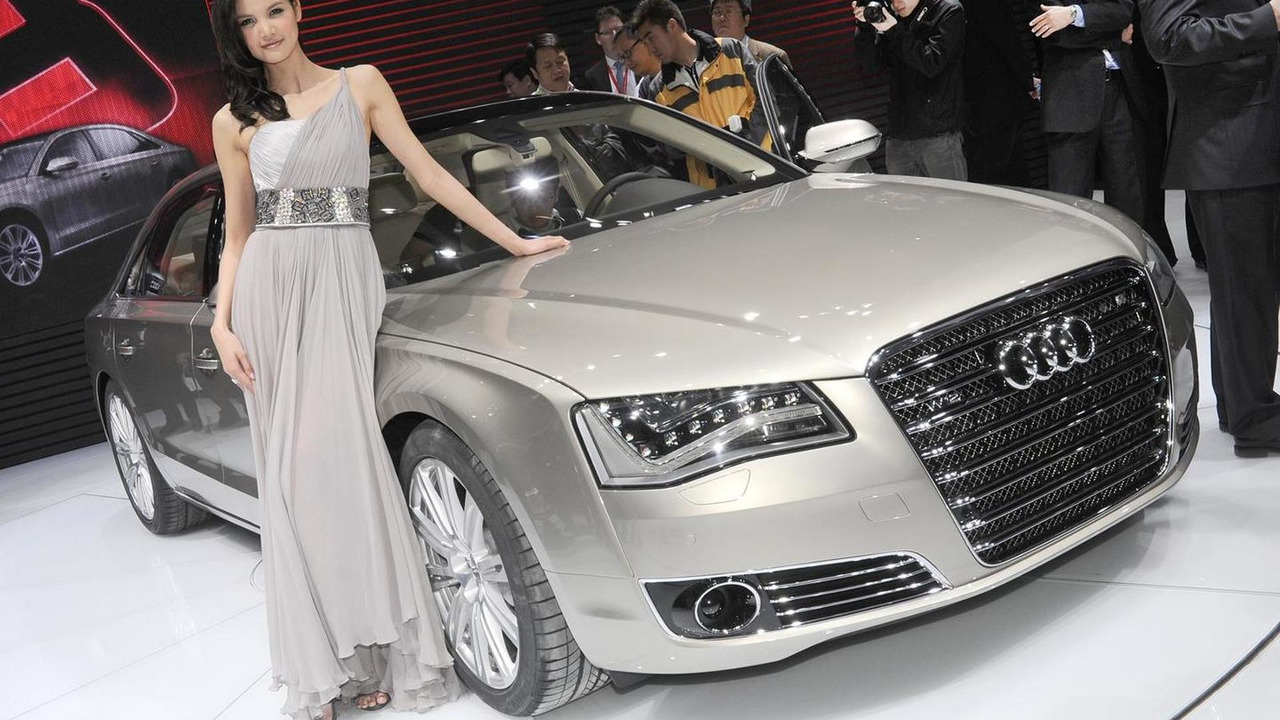 Audi has detailed the new 2011 Audi A8 L, long wheelbase model. Subtle changes may appear, but the engine remains a W12 layout, albeit slightly bigger.

Audi has released details of the new A8 L W12 quattro, the long wheelbase version of the A8 top end sedan. The two main differences from other models are its length and the W12 FSI engine.

Rear seat passengers are treated to several luxuries, including the two optional separate power-adjustable seats which can be heated and ventilated, a full-length centre console that can be equipped with things like a folding table and a fridge, as well as four-zone automatic air conditioning.

The exterior features such details as a single-frame radiator grille with chromed horizontal bars, W12 badges and two trapezoidal tailpipes. Four 15-spoke 19-inch alloy wheels with 255/45 tyres are fitted as standard, but customers can also order optional 20-inch or even 21-inch rims.

While only the W12 FSI is available at launch, by the end of the year the car will be offered with all the engines currently in the A8 range.