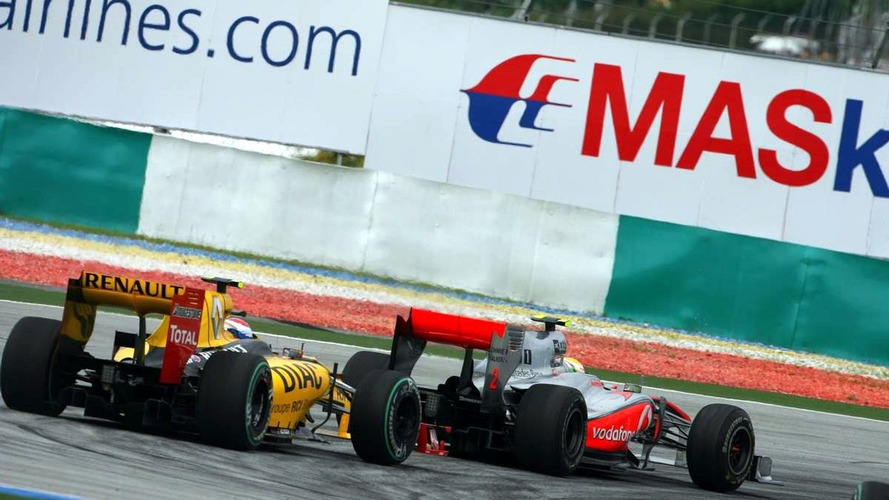 Lewis Hamilton will find himself a major topic of the pre-event drivers' briefing in Shanghai.

Lewis Hamilton will find himself a major topic of the pre-event drivers' briefing in Shanghai.

After the Malaysian grand prix two weeks ago, Renault boss Eric Boullier was critical of FIA stewards' decision to merely warn the British driver for an incident during the Sepang race.

The 2008 world champion weaved several times on a straight while the Russian rookie Vitaly Petrov was following him closely and trying to pass.

Speaking with the media in China on Thursday, F1 statesman Rubens Barrichello said he would have given the 25-year-old Briton a "bollocking" if Hamilton had tried the same moves during a wheel-to-wheel battle with him.

"It wasn't right," said the Brazilian, acknowledging that the McLaren driver is likely to argue that the moves were not made under braking.

He said: "But the drivers have an agreement, sort of an agreement - obviously a verbal agreement, nothing that has been signed - that you should move only once during the protection of your line.

"For me it was a Formula Ford thing. It shouldn't have been done, to be honest," added the Williams driver.

"Reading the regulations, I'm clear. Watching Malaysia, I'm not so clear," he added.

Mark Webber, an experienced member of the Grand Prix Drivers' Association, tipped the issue to be "tidied up" when the drivers congregate for their pre-race briefing in Shanghai.

"You won't see Lewis doing that again in a hurry," said the Australian, amid suggestions that the stewards - assisted by well-known former drivers this year - are being more lenient in 2010.

"That was a new style, if you like, going down the straight like that -- and one that I think will be tidied up," Webber added.