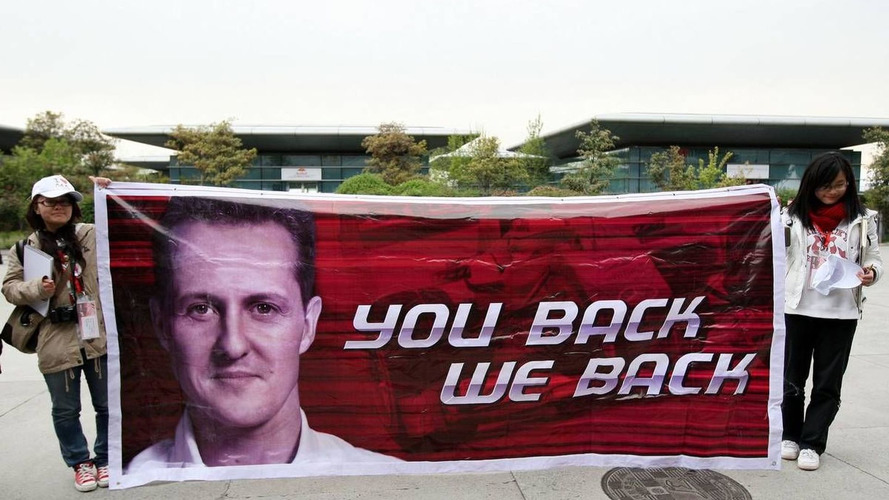 Fernando Alonso on Wednesday said he expects Michael Schumacher to be back up to full speed before long.

Fernando Alonso on Wednesday said he expects Michael Schumacher to be back up to full speed before long.

With the seven time world champion outpaced so far by his Mercedes teammate Nico Rosberg and 26 points behind the 24-year-old, some have written off Schumacher's ability to impress on his return to the sport.

But Alonso, who now drives for Ferrari, having beaten the 41-year-old to the last two championships of his original career in 2005 and 2006, is sure the German is still as competitive as before.

"He is still the Michael Schumacher that we know," the Spaniard told Germany's Sport Bild magazine, published on Wednesday.

"I respect him in the same way I did three years ago and am sure that he will show his true qualities when the car is better," Alonso, 28, added.

"I really believe Michael will be a serious competitor for the title this year," he insisted.

But Alonso also thinks Schumacher's records, including 91 wins and seven titles, are safe.

"Because the rules are now so tight, there will be no one who is far superior to the others, as Ferrari was in the past," he said.

"If you ask me, Michael's records are safe."

Alonso also said he feels more comfortable at Ferrari than ever before in formula one, predicting that the Maranello based team will be his last.

"It is the atmosphere in the team," said Alonso, who since 2001 has also driven for Minardi and Renault. "(At Ferrari it's) like you're among friends.

"When they say 'goodbye', it will be time to finish my formula one career," said Alonso.