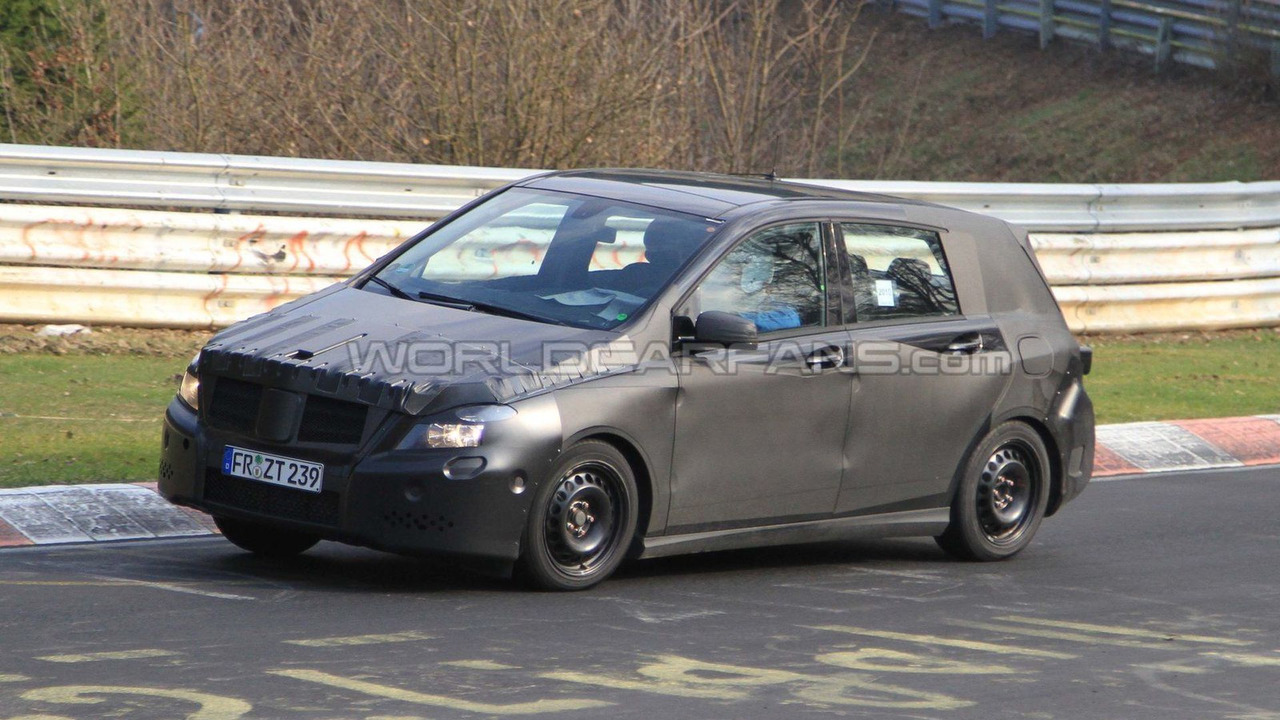 Seven pics of the new B-Class testing on the Nordschleife were captured by our spies this week. Check it out inside.

Yet another upcoming vehicle was spied while testing on the Nürburgring this week.  The 2012 Mercedes-Benz B-Class was caught running laps on the Nordschleife.

The second-generation hatchback is expected to be based on the BlueZero Concept.  That design study was featured at the 2009 Detroit auto show as Daimler chiefs were considering bringing the model to the North American market.  However, the euro's overall strength supposedly scuttled those plans.

Look for the B-class to be a more spacious front-wheel drive car with a bit of an aggressive look, LED lighting, and a rear spoiler.  Four-door coupe and coupe cabriolet versions are also possible.

The 2012 Mercedes-Benz B-Class could be shown off as a near-production concept later this year, with a market release sometime in 2011.