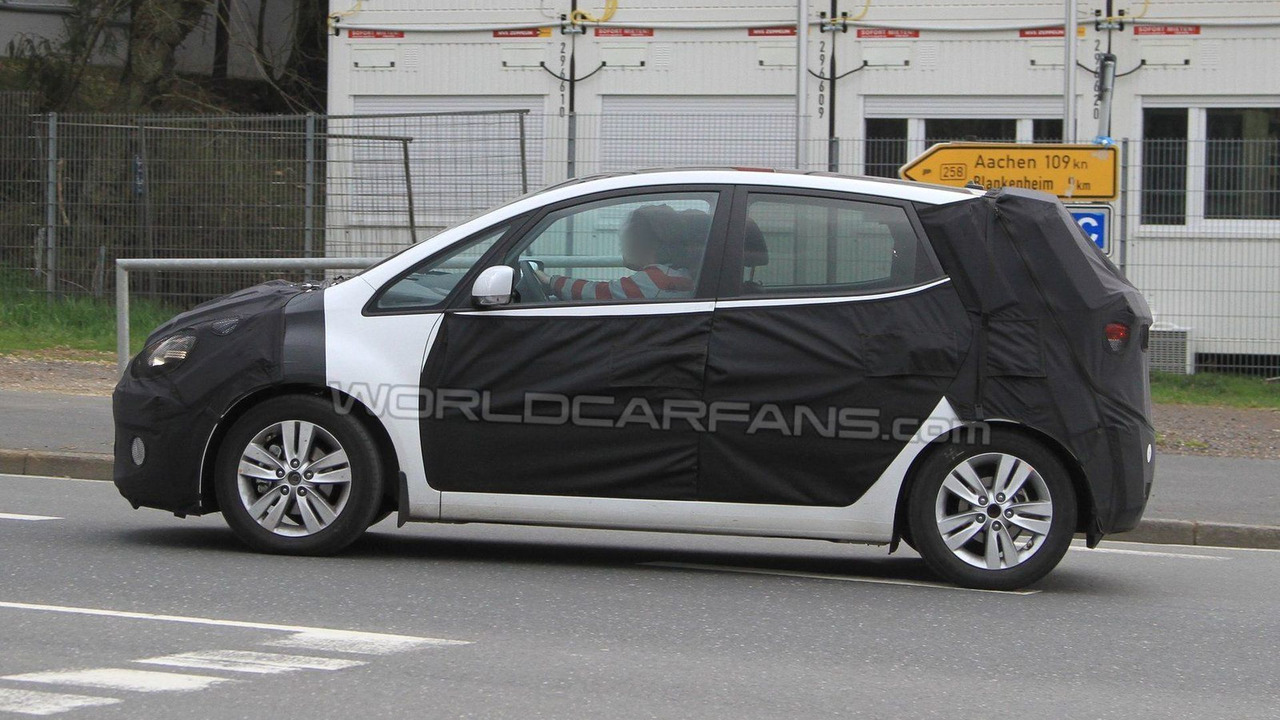 What would the purpose of a Venga facelift be if the model is barely six-months old? Could it be destined for other parts of the world? Find out more inside.

Hyundai engineers were out on the Nürburgring this week, testing a hard-to-determine small car.  Though the car looks strikingly similar to the Kia Venga, the purpose of a new Venga prototype is hard to imagine.

Clearly the test vehicle is the Venga, however, several other aspects are different.  We can see a new styling crease or design line running from the A-pillar across the top of the fender and into the headlamp.  Just above this crease covered in black tape (see side-by-side photo comparison) we also see the rear corner of the hood at the cowl panel/A-pillar also has a slightly different contour.  The headlights seem to show a different shape, but definitely have a different position further in towards the grille.

Possibilities for this car include an early Venga facelift, though that seems unlikely.  Perhaps this prototype will become a Hyundai-badged version of the Venga.  As the Venga is not sold extensively outside of Europe, this could also be a Venga for a different market.

Kia's first quarter 2010 sales increased in China by nearly 148% compared to last year.  With the 2010 Beijing International Automotive Exhibition fast approaching, we may find out more about this prototype soon.  Kia also showed almost 24% growth in North America.  Considering the automaker has a multi-million dollar design facility in Los Angeles, the possibility also exists that the car will debut at the LA Auto Show at the end of the year.

[UPDATE] Thanks to WCF member Moi's comment below and reader emails, it seems this vehicle could be Hyundai's badge engineered Venga speculated to be called iM20.  Nothing has been confirmed, but it is likely the iM20 will be a replacement for the 9 year old Matrix MPV that is available in South Korea and Taiwan as well as Europe and Australia as the Elantra Lavita.