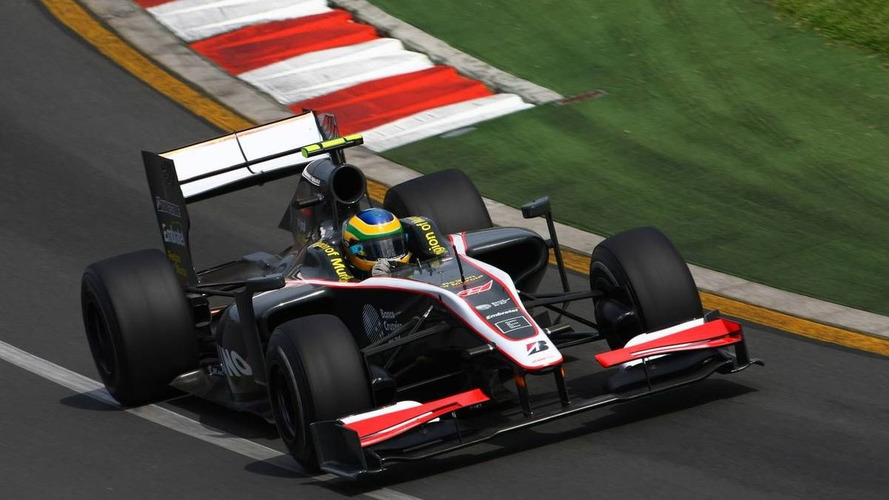 Bruno Senna will have a fresh Cosworth engine fitted to his HRT car for qualifying and the race in China this weekend.

Bruno Senna will have a fresh Cosworth engine fitted to his HRT car for qualifying and the race in China this weekend.

Brazil's Globo reports that the change will be made as a precaution, after the 26-year-old rookie finished the recent Malaysian grand prix with very little fuel left in the tank.

"That is not good for the engine," said the Brazilian, "so we will use it (the Sepang engine) only in free practice in Friday."

Another new feature of his F110 single seater in Shanghai is a new fuel tank with different compartments, after the development was run only on Karun Chandhok's sister car two weeks ago.

But Senna is not expecting a major step forward in China, because the car will run with an unchanged aerodynamic configuration.

"We will have no developments, or anything that can substantially improve our pace," he admitted.

"For now, we can only tinker with some things, such as the weight distribution," said Senna.

He arrived in Shanghai on Monday and is at the circuit on Wednesday.